"Trust me, I'm an astrobiologist"

“I’m not Chevy Chase, and neither are you.”

With apologies to those who don’t understand the reference to a classic Saturday Night Live  gag, let’s just leave that there for the time being. 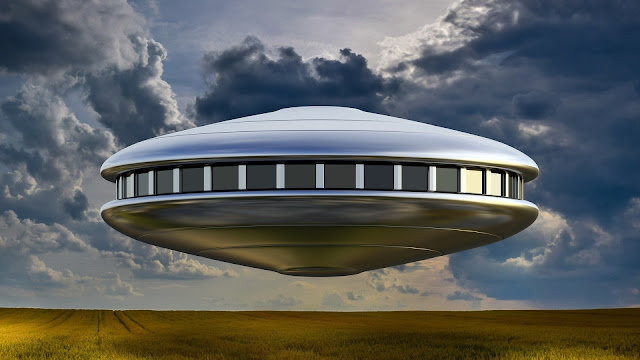 In one of the most disappointing published articles by an astronomer to date concerning UFOs, Dr. Chris Impey, University Distinguished Professor of Astronomy, University of Arizona, states that since he has not personally seen any evidence that aliens are visiting Earth, UFOs are nonsense. Furthermore, his research on the subject has indicated that “UFO belief is associated with schizotypal personality, a tendency toward social anxiety, paranoid ideas and transient psychosis,” implying that belief in UFOs is congruent with aberrant behaviour overall.

Impey claims to be an a UFO agnostic, which is a step in the right direction, but doesn’t seem to be at all well versed in the subject of UFOs. Of course, this is what is to be expected from an academic who is editorializing on a topic outside his field of study. In fact, The Conversation is a non-peer-reviewed vehicle for academics to present opinions and viewpoints in a way to get coverage by subscribers, who are mostly media, and thus published widely without having to wait for months or years to get accepted in scholarly journals. Thus, Impey, solely because he is an academic (The Conversation does not accept articles from non-academics) can state things that would otherwise not get published.

This is obvious because in his editorial, Impey makes a number of outlandish and unsupported statements about UFOs that are patently and factually incorrect. In his own field of astrobiology, it would be as if he stated that there was no evidence of water ever flowing on Mars, without providing and references for the statement and ignoring reams of research that say otherwise.

The most appalling example is his statement:

“The majority of UFOs appear to people in the United States. It’s curious that Asia and Africa have so few sightings despite their large populations, and even more surprising that the sightings stop at the Canadian and Mexican borders.”

His source for this statement appears to be an animated map that used data from the National UFO Reporting Center (NUFORC) based in the United States. He seems to be unaware that social and cultural factors could influence the emailing of UFO reports to a single American website. He is also sadly unaware of many published studies of UFO reports in other countries, particularly the Canadian UFO Survey that has now been available for more than three decades. This shows that Impey’s research on the subject is cursory at best and more likely nonexistent.

It’s amazing to me that a distinguished scientist who has demonstrated a thorough knowledge of the scientific process would even attempt to publish an article in without an adequate study of the subject at hand, but this is actually common in academia regarding the subject of UFOs. Impey’s first statement belies his rather inflated opinion of his knowledge when he states:

“I’m an astronomer and I think aliens may be out there – but UFO sightings aren’t persuasive.”

This tells us a few things: first, his opinion of his expertise in the field of astrobiology is unparalleled, and second, that he is unaware that ufology had moved away from bug eyed aliens many years ago.

Impey equates UFOs with alien spacecraft, and therefore since he has personally not seen any evidence that aliens are visiting Arizona, they must not exist. And what’s more, his opinion is paramount to others’ views on the subject because of his status in the scientific community. There is no use offering an argument against him, because he has weighed all the evidence and it is all in his favour.

This is, unfortunately, proof of the adage that the late UFO advocate Stanton Friedman noted at his many lectures, as held by debunkers and the scientific community at large: “Don’t bother me with the facts; my mind is already made up.”

Impey further shows his lack of understanding when he writes:

“Most UFOs have mundane explanations. Over half can be attributed to meteors, fireballs and the planet Venus. Such bright objects are familiar to astronomers but are often not recognized by members of the public.”

For this, he cites an article by Ian Ridpath, who himself cited Allan Hendry: “…just over half of all identified nocturnal lights were accounted for by astronomical causes: stars, planets, meteors, the Moon, artificial satellites, and satellite re-entries.”

That’s a bit misleading, and quite selective. While most reported UFOs are nocturnal objects, this ignores a large body of data of daylight sightings of objects that are structured or have characteristics unlike mere lights in the sky. It also ignores unidentified nocturnal lights, of which there are many examples. And why mention Venus specifically, when Jupiter and Mars are generating UFO reports in the fall of 2020?

Without any context, Impey also states: “Reports of visits from UFOs inexplicably peaked about six years ago.” (His citation for this is again a secondary source that used NUFORC data.) What does that mean? It seems he is implying that UFOs are waning as a topic of discussion, although the current increase in media and public attention proves this otherwise.

Studies of UFO reports have found that there was indeed an anomalous peak in number of UFO reports in 2012 (not 2013 or 2014 as Impey suggests) but the data actually shows a reverting of report numbers back to the gradual increase that has been noted for decades (c.f. http://www.canadianuforeport.com/survey/essay/2019surveyessay.pdf).

As well, Impey’s choice to use the term “visits from UFOs” again demonstrates his disdain for the subject and his narrow view that UFOs are assumed to be alien spaceships.

As a final example, Impey states: “[UFO] Sightings concentrate in evening hours, particularly on Fridays, when many people are relaxing with one or more drinks.”

In fact, Impey’s source is again a mocking opinion piece (based yet again on NUFORC data): “They seldom disturb earthlings during working or sleeping hours. Rather, they tend to arrive in the evening, especially on Fridays, when folks are sitting on the front porch nursing their fourth beer, the better to appreciate flashing lights in the heavens.” (https://www.economist.com/united-states/2014/06/28/everything-you-need-to-know-about-ufos)

It’s disheartening that I would have to explain that, from literally hundreds and perhaps thousands of interviews with UFO witnesses in which I have participated, absolutely none were involving inebriated persons. And in a review of just the UFO reports in the files of the National Research Council of Canada, it was found that a large percentage of witnesses were on-duty constables of the Royal Canadian Mounted Police or members of the Canadian Forces, including pilots.

Amazingly, Impey tries to prove he actually has an open mind on the subject of UFOs by concluding his opinion piece with a review of the current state of SETI and stating: “…I don’t think belief in UFOs is crazy, because some flying objects are unidentified, and the existence of intelligent aliens is scientifically plausible.”

The paradox of his accepting that some UFOs are unidentified after lambasting UFO witnesses and mocking belief in UFOs as a kind of religion is truly remarkable. He’s simply not persuaded that UFOs are alien craft based on what he has read, which seems rather limited at best. He is apparently unaware of the multitude of excellent theses and articles published in peer-reviewed publications about UFOs.

Impey doesn’t even bother to address the present-day discussions in ufology surrounding recent American military admissions of investigations into UAPs and eyewitness reports by pilots and other reputable persons. His vague review of the subject is enough to justify his sharing an opinion on the subject with the world, as he is a distinguished scientist, after all.

Comments:
What a throwback! Maybe he would have better luck studying Paleontology. He could study himself and all other scientists who are dinosaurs when it comes to the topic of UFOs.