The Falcon Lake Case - In Brief


While described in detail elsewhere, here is a short version of the Falcon Lake UFO case of 1967:

Just north of Falcon Lake on May 20th, 1967, at 12:15 pm, amateur prospector Stefan Michalak looked up and saw two disc‑shaped objects, glowing bright red and descending in his direction. One dropped down and appeared to land on a large, flat rock about 150 feet away. It changed colour from red to grey, until it finally was the colour of “hot stainless steel.”
Michalak knelt behind a rock outcropping, trying to remain hidden from sight, making a sketch of the object and noting things like waves of warm air radiating from the craft, the smell of sulphur and the whirring of a fast electric motor and a hissing, as if air were being expelled or taken in by the craft. Brilliant purple light flooded out of slitlike openings in the upper part of the craft, and a door opened in the side of the craft where he could see smaller lights inside. Michalak warily approached to within 60 feet of the craft and heard two human‑like voices, one with a higher pitch than the other. Convinced the craft was an American secret test vehicle, he walked closer to the craft, ending up directly in front of the open doorway. 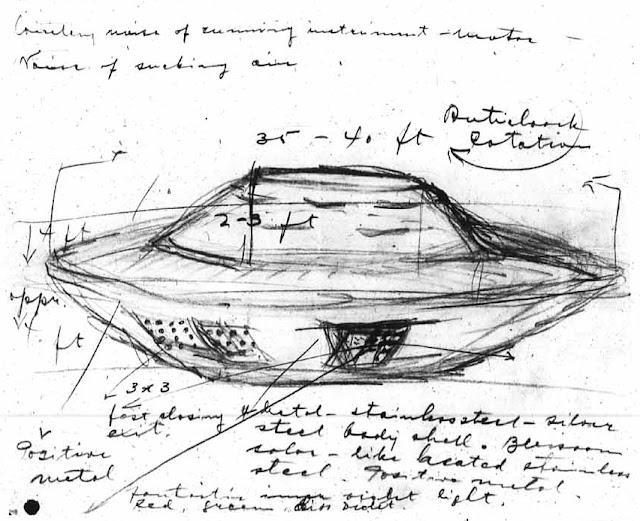 Suddenly, the craft rotated and an exhaust vent of some kind blasted hot gas hit him in the chest, setting his shirt and undershirt on fire. Michalak immediately felt nauseous and his forehead throbbed from a headache. He decided to return to Winnipeg where he was taken to the Misericordia Hospital. He was tested for radiation contamination, since some radiation was found at the site where Michalak said he had his experience. He did exhibit some very unusual ailments, including reported weight loss, peculiar burn marks on his chest and stomach, charred hair, an odd rash and recurrent dizziness. He was interviewed by the RCAF and RCMP. He led officials to the site, where the Department of Health and Welfare found such high levels of radiation that they considered cordoning off the area for a short while.
Michalak spent a great deal of his own money traveling to the Mayo Clinic, as it was not covered by Medicare. The results of the tests were negative; the physicians could find no explanation for his symptoms, and psychiatrists concluded he was not the type of person who would make up such a bizarre tale. If it was a hoax, it is the most contrived on record, involving radiation, contaminated soil, medical examinations and a flurry of interrogation by government officials at many levels. Radioactive pieces of metal were even recovered from the site, leading to much speculation on what they are and how they got there. 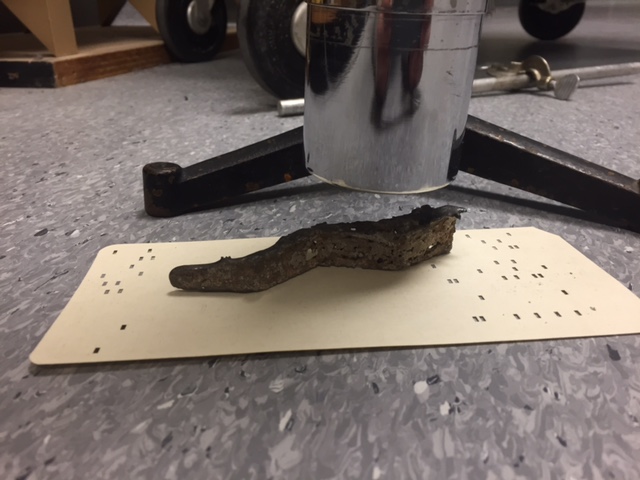 Access to Information requests and perusal of records in the National Archives of Canada have uncovered as many as one hundred official documents about military and government investigations of the incident. Civilian records and reports number in the hundreds as well, helping to make the Falcon Lake case one of the best-documented on record, easily surpassing some of the classic and well-known UFO cases such as Roswell and Shag Harbour.
In the report of the United States Government‑sponsored UFO Project, the Condon Report, Michalak’s experience was described as “unknown,” implying there was no explanation for his experience. Its concluding remarks were impressive: “if (the case) were physically real, it would show the existence of alien flying vehicles in our environment.”

The case is examined in detail in an upcoming book by Stan Michalak and Chris Rutkowski. A series of events commemorating the 50th anniversary of the incident is planned for May 1967.