Pilot and radar UFO reports are nothing new, even in Canada, or just off its east coast, anyway.
According to USAF files, on December 26, 1949, at 0210Z (or 2310 local December 25, 1949), a B-29 Superfortress was on a routine training mission, flying from Bermuda to Britain.
At a position about 500 miles southeast of Newfoundland, an "Unidentified object approached a/c from rear, When a/c executed a 90 degree turn, object faded from view after two miles."
The unknown object was traveling at an estimated 600 mph. It was observed on radar but was not sighted visually. 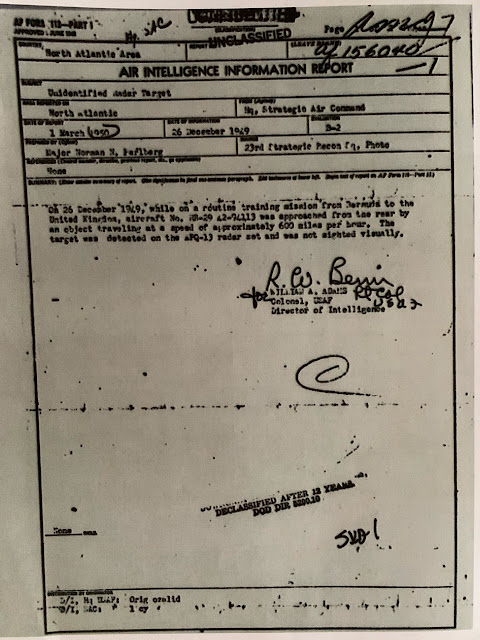