So, as I was going through so UFO case stats, I realized that over the years there have actually been quite a few reports from around Christmastime.

Sure, that invokes the old joke about people seeing a bright red light flying over rooftops on Christmas Eve, and how NORAD really does do some remarkable public service with its Santa Tracker every year.

But in terms of actual reports, given that there are about 1,000 cases in Canada every year, it should not come as a surprise that there are reports of UFOs at Christmas. In fact, going through just the Canadian UFO Survey database from 1989-2019, I found 75 sightings reported as having occurred on Christmas Day alone. Most, of course, were simple lights in the night sky.

Globally, there have been some significant UFO cases at this time of year. Just before Christmas 1978, the Kaikoura lights were seen in New Zealand. There's Rendlesham, which started with a sighting on Christmas night into Boxing Day, with lights seen at 3:00 am on December 26, 1980. And Betty Cash and Vicki Landrum were having trouble finding a Bingo hall that was open that same year in Texas and ended up having  too close of an encounter with a hot UFO. And in 1985, Whitley Strieber first reported being haunted by catlike aliens in his New York home just after Christmas.

Out of curiosity, I have pulled together a select list of Canadian UFO cases from the Christmas season.

Shortly after midnight around Christmas 1977, a man was driving on the Alcan Highway and was about 10 miles north of Whitehorse when a brilliant light flashed across the sky overhead. It was bright enough and seemed so low that a fire truck and an RCMP vehicle drove into the ditch to avoid it. There were numerous witnesses, including the tow truck operator who said that the object “buzzed” cars on the road and then took off along the highway.

Even though it happened on December 11, 1996, the Yukon "mother ship" case is notable because several of the witnesses said they thought they were seeing "Santa Clause and his reindeer."

The Father of the family (CRM5) was watching television when he noticed a long row of lights moving in the distance through a window facing northeast. "I thought it was a jumbo 747! But I listened for sound, but nothing!" The father called the rest of the family to have a look. They were all amazed! Getting close to Christmas, the 3 children, of whom the eldest was six years old, thought that it was Santa Clause and his reindeer. The UFO consisted of "four big balls of light in a row" red-yellow in color with " a little bit of blue". At the left and right side of this row of lights were smaller lights that were orange and green (see drawing by the mother, CRM6. The UFO was slowly drifting from left to right, "it looked pretty low, just over the trees" and was about 2 feet at arms length in size in the sky. There were also what appeared to be white sparkles dropping away from the base of the larger lights. They were dropping at an angle to the left, consistent with the UFO moving to the right.

(Of course, as Ted Molczan noted, a rocket booster re-entry was occurring at that exact time and location.)

Or what about the UFO seen over Chilliwack. BC, on Christmas 2008, at 10:20 pm. Witnesses saw a starlike light like a satellite moving from the south and travelling north, but it then did a “loop-de-loop” and went back the to the south again, all within about 25 seconds.

In 2010, a woman in Thompson, Manitoba, said she saw three unexplained reddish orange lights in a triangle in the sky on Christmas Eve for close to an hour between 7 pm and 8 pm She said: “My boyfriend came running into the house yelling at us to come look at the sky… When me and my mom got outside we saw three reddish orange lights in a triangle that looked the same size as stars. Then after about a minute the middle light fell and faded, then the first light faded. I ran inside to grab some binoculars and when I got outside the last light wasn't there anymore.”

On Christmas Eve in 2012, a couple were driving near Kanata, Ontario, at about 11:30 pm and stopped their truck to watch a square object with glowing, pulsating red lights moving soundlessly to the northwest for three to four minutes.

And on Christmas Day, 2017, at 1:30 am, a witness was driving between St-Jovite and St Faustin in Quebec when a flashing object “like a photo flash” was seen approaching. When the object flew directly over the car, the witness reported: “I saw this triangular shape and it seemed to have three turbines below it. I could see one of them very well and I make out the turbine’s metal or steel spokes,” Once it had flown overhead, the witness looked in the rearview mirror, but the object had completely disappeared.

And as if to ring in the New Year, early on the morning of December 31, 1997, with the temperature hovering at -40C, a bright white light was seen moving northward over Resolute Bay at an estimated altitude of 400 feet and speed calculated by the airport manager as between 400 and 500 mph. The witness told investigators: “Nothing flies here at that speed, and especially not at 3:00 am. We live in a very small isolated community!”

I'd be remiss, however, if I didn't mention the remarkable case from New Year's Day 1980, in Duncan, BC. It was profiled in a documentary about UFOs a few years ago, and remains one of the classics. Doreen Kendall and Frieda Wilson were two nurses working together on the night shift in Cowichan District Hospital at Duncan, British Columbia, on New Year’s Day, 1970. At about 5 am, they saw a domed saucer hovering just outside a window, with two humanlike pilots working at an instrument panel.

Best wishes of the season, and Happy New Year, to all humans and extraterrestrials. 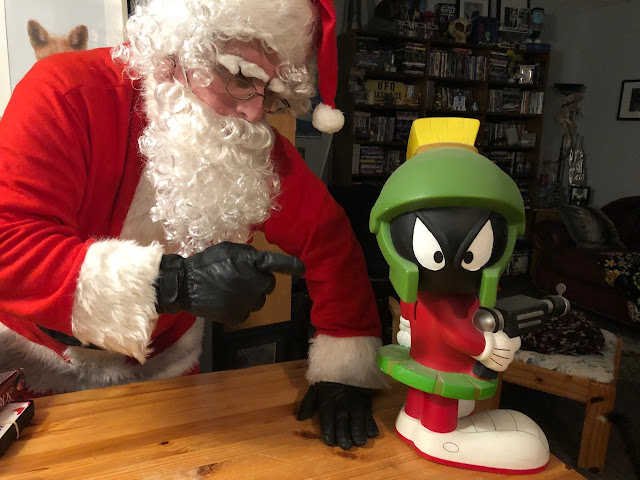 I captured a video of what looks like a ufo or something? Wondering if you would like me to send you a video since you are an expert at this sort of thing. Captured Feb.11, 2021 at 11:47pm.