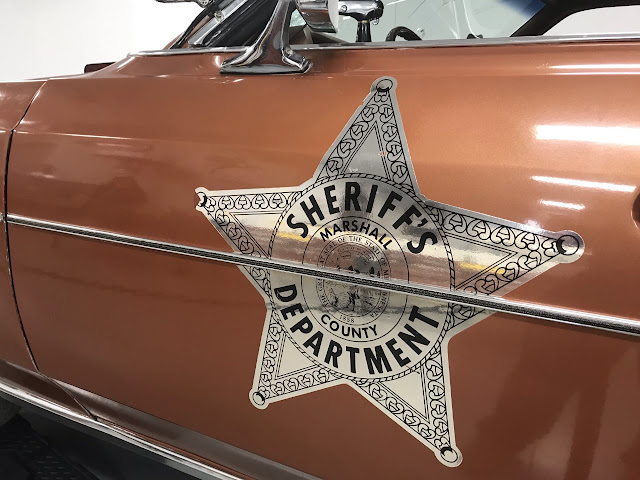 The society described the case as “The Most Famous UFO Sighting in Minnesota,” and they are probably right on that point.

I had been one of the original civilian investigators back in the day, traveling there with Guy Westcott who had arrived there shortly after Allan Hendry of CUFOS did his first examination of the site and the car.

When I organized the first national Canadian scientific conference on ufology in 1980, I had invited Val Johnson to be a guest, and he brought with him his colleagues Deputy Sheriffs Greg Winskowski and Everett Doolittle. (I even found some audio from the discussion with Johnson.)

Sherlyn Meiers is the director of the society and runs the museum, and she organized the event. Meiers was nervous about the event, not knowing if the turnout would be poor on a weekday evening in a small town some distance away from the nearest city (Grand Forks).

The museum is in the small town of Warren, Minnesota, and I have to admit, the residents did their best to support the festival, with some stores offering discounts in honour of "UFO Day." 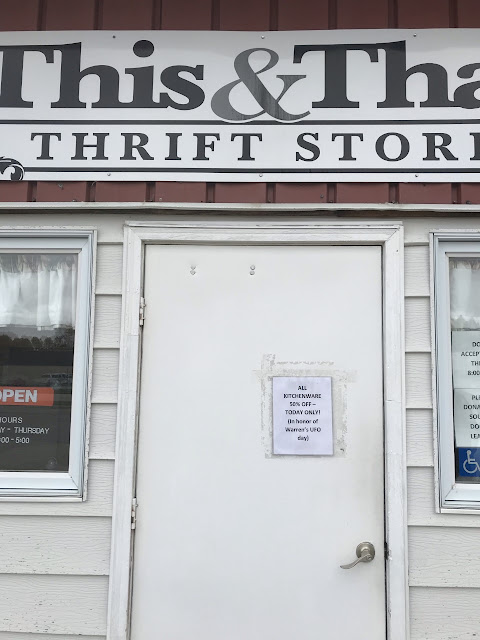 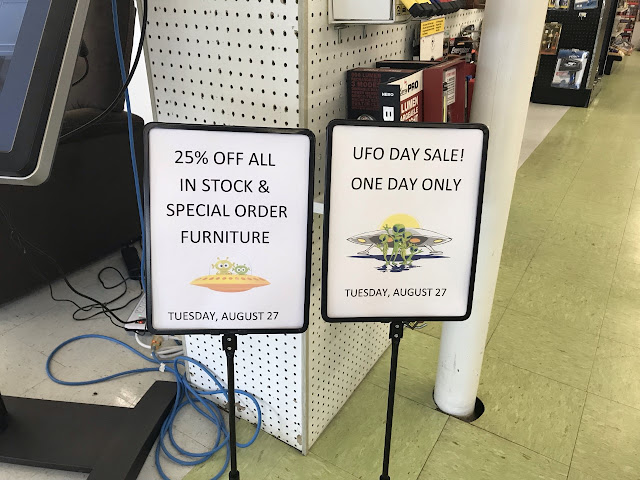 The event had received considerable pre-publicity, with stories in local newspapers and TV stations running the week before:

Meiers’ fears were unfounded, but her anxiety shifted considerably when more than 300 people showed up to cram the museum seating area, and it was standing room only. 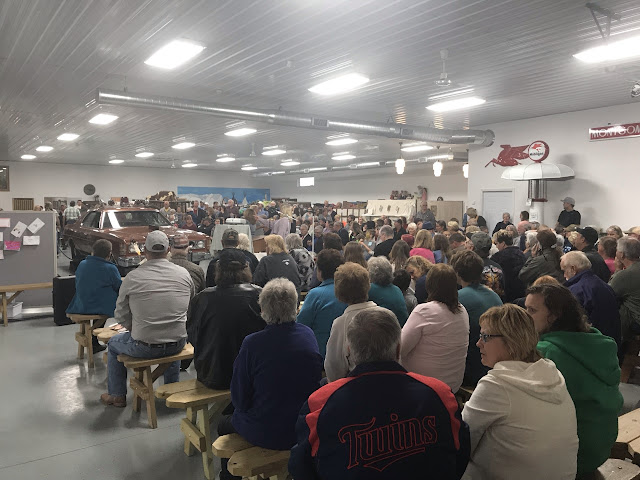 The “UFO car” was on prominent display against a starry backdrop and displays of other UFO cases pulled from NUFORC and other sources. There was a binder full of press clippings and stories, including my issue of the Swamp Gas Journal in which I described the case in detail.

(NB: I tried to record the entire event on video, but the camera battery died, so I have only the first two-thirds or so, as a continuous stream here. Thanks for your help and expertise, Donna!)

The event began with a welcome by Warren Mayor Mara Hanel, who declared August 27, 2019, "UFO Day." (And then she told some really classic "Dad" jokes about UFOs and aliens.) 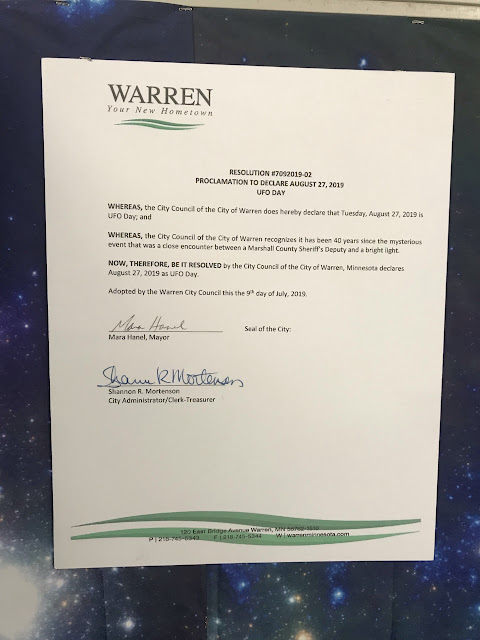 That was followed by the Spaced Out Costume Contest, which drew only a handful of cosplayers. (But hey, it’s small-town Minnesota.) 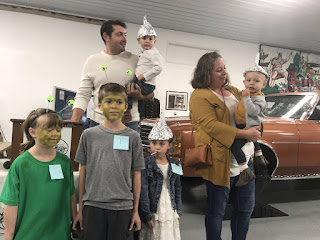 Up next was the performance of The Marshall County Incident, an original song by recording artists The Jensen Sisters. Before singing, they talked a bit about why they composed the song and how the stories they heard growing up influenced their songwriting. 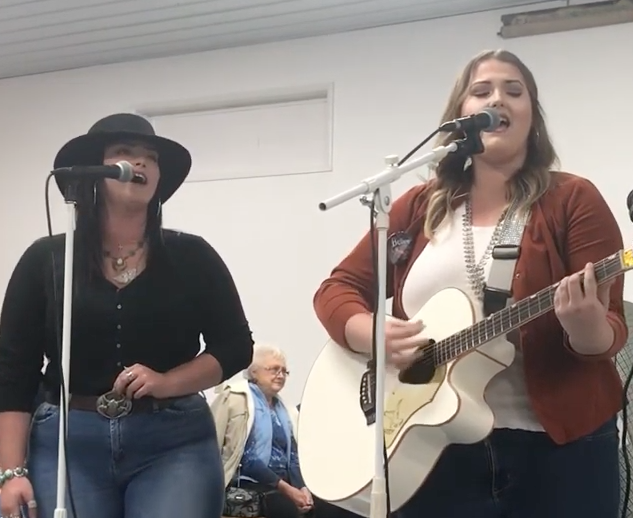 Then five actors did a live re-enactment of the incident based on audio transcripts and other materials, titled “What Happened?”

This was followed by a short talk by Peter Bauer, who was the dispatcher on duty the night of the incident in 1979.

I spoke next, describing what I had seen at the site in 1979 and what impression I had of the car and of Val himself. I talked a bit about the possibility of traveling between the stars and how advances in technology make it seem reasonable that aliens could in theory visit Earth. I was told to keep my comments under 15 minutes because there were several other presentations after mine.

After me, three men from Minnesota MUFON in Minneapolis took turns reading case reports from MUFON files, mostly from northern Minnesota but several from the Twin Cities. Michael Harris started by showing some slides of what the MUFON web pages looked like, but it was hard to make them out beyond the first few rows. Dean DeHarpporte followed, talking about some cases he had investigated, and then Bill McNeff, former Minnesota MUFON director, gave a more approachable presentation about some more MUFON reports. It was interesting to hear their views. 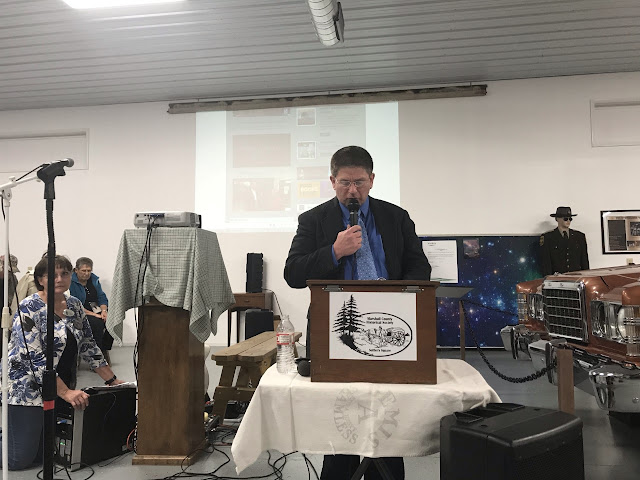 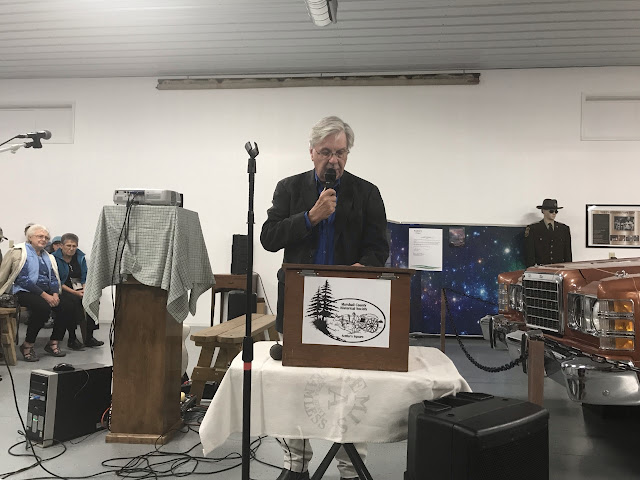 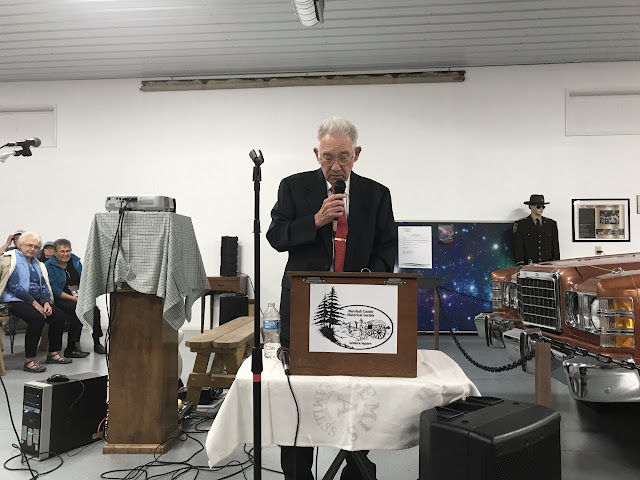 Bill McNeff
All in all, the “UFO Festival” was a fine celebration. It attracted a lot of people, and I was honoured to have been a part of it.

I commend Sherlyn and her team for coordinating and staging the event. I’m sure it was a lot of work but it certainly drew attention to a little known slice of Minnesota history.