Despite the hoopla about mainstream media taking a sudden interest in UFOs, the reality is that there have been many stories in the media during the past several decades regarding UFOs. A simple Google search will turn up many of them.

What is a bit different this year is that there is essentially an advertising campaign in the works to promote Tom DeLonge's TV shows, documentary films and books about aliens and UFOs. And it's working.

Apart from all that, here are some media hits you might have missed:

And how could I go on without noting a tabloid news story from 1974, in which an American politician made news by stating that UFOs were real and that military pilots had come forward with their reports. Very similar to what we're hearing today, and only 45 years ago. 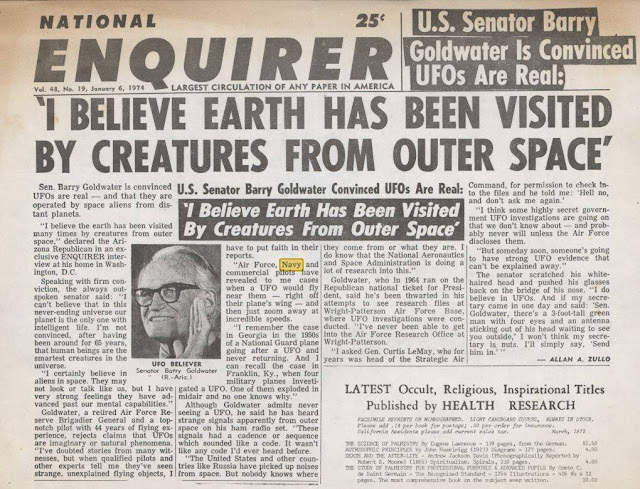