What’s going on in Nova Scotia?

What’s going on in Nova Scotia?

I just received another UFO report from Nova Scotia from last weekend, this time near St. Margaret’s Bay Road and North West Arm Drive in Halifax.

An object with lights was seen for about 1.5 hours. According to the witness, the object was: “Hovering, still at times, moving short distances in all directions. Initially surrounded by other lights, off white, yellowish brown. These surrounding lights faded quickly, but the center part stayed for over an hour. The bright white light at front of object seems to be moving almost as if it was searching and “looking around.”

The lights were changing between white, yellow, green, blue and red. The lights changed direction and intensity frequently.

This was about 125 km due east and about six hours after UFOs were seen in Clementsport. 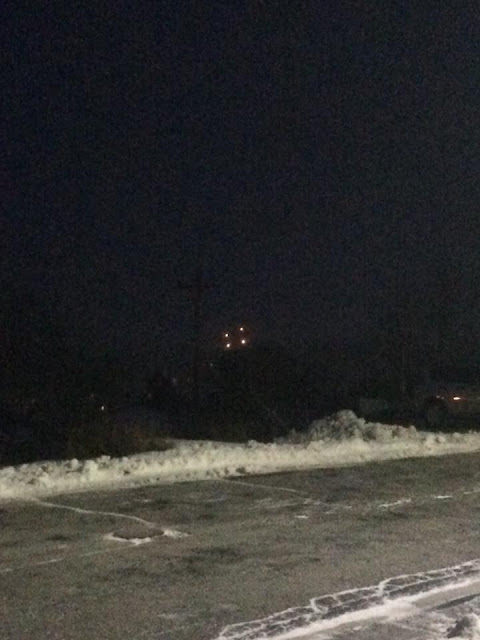 The Clementsport UFOs were a series of “strange lights” hovering over the treeline on Saturday, March 17, 2018, at 8:07 pm, while it was snowing. As many as 7 were seen at one time, and they lasted 3-4 minutes. A husband and wife saw them and took some photos. They said: “We don’t know of anyone who seen them and so far anyone we mentioned it to says they are flares, etc. They hovered awhile and it was gusting 50km/hr; they weren’t flares.”

The witness gave me permission to post on of the photos.