I know there's a lot of hype about "orange orbs" these days. But I can tell you that after investigating and studying more than 15,000 Canadian UFO reports during the past 25 years or so, I'm not convinced they are as interesting and unexplainable as claimed.

Of the 15,000 cases on file with Ufology Research (survey.canadianuforeport.com), I would say that as many as 5,000 could be classified as "orange orbs." And since most cases can be explained easily, that would mean that only a few dozen of those "orb" reports are truly mysterious. There's certainly not enough evidence to suggest that orbs are "intelligent" or are "trying to communicate with us." 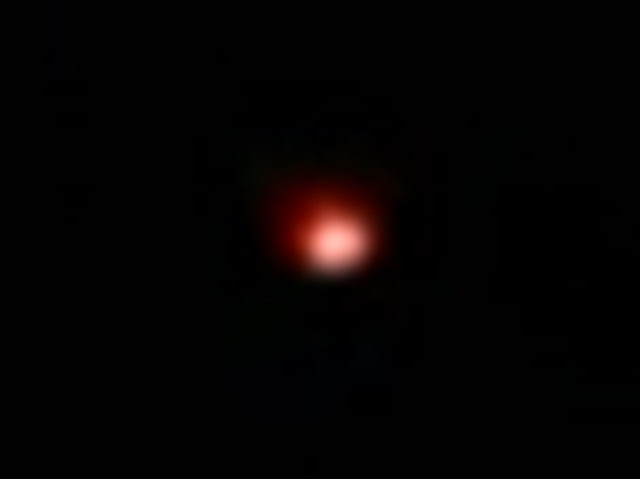 Was just outside having a smoke and when walking out of my garage i noticed a weird light in the sky. It was the colour of an orange street light. The object was at about the SW position when i noticed and it went throughout the night sky between the moon (the moon been in the S) and the horizon to the SE portion of the sky. I watched the object until it disappeared into the night. It seemed to fly from the SW to the SE and then when it hit the SE portion of the sky it seemed to go straight into the SE as it stayed there and slowly disappeared. It didn’t go down behind the horizon or behind an object it just flew off into the distant sky until I couldn’t see it anymore. There were no flashing lights or anything, it was just like a solid orange ball giving off a orange glow. It seemed to be about the size of a pea. It seemed to be moving at a very fast speed for the amount of are it covered. The night is Aug. 27/15, time was about 11:45pm. Sky was clear.


Does that sound like an intelligently-guided object? Trying to communicate?

Sure sounds like the old chestnut, the Chinese lantern.

This kind of case is typical or the orange nocturnal lights that are reported. Now, sure, there are cases where a witness may say that their orb zig-zagged, or made a 90-degree turn or "danced" in the sky.

But after more than 35 years of investigating UFO sightings, I know that upon detailed investigation, such cases do resolve into much more mundane objects with less bizarre trajectories. That's not to say that there aren't good cases like that by reliable observers, just that there are fewer than people claim.