The Jackhead “UFO Crash” story is much more interesting than first believed.

Oh, it’s still a hoax, but it may now be easier to pinpoint who the hoaxer is. As well, new details have emerged as to what happened on the night of February 18, 2015, near Jackhead First Nations, and why there were military vehicles there.

As I mentioned in my previous post, I have spoken a few times with officials on Jackhead First Nation, who not only denied there was anything to the rumours about evacuations, crashes and military crackdown, they even laughed at the silliness of the story. Yesterday, I reached out to another logical source for information: the military itself.

I had access to the news release about the military exercise called Arctic Bison 2015, so the details of what had been planned were well known. It was easy to see that a military operation over and on the lake could generate some UFO stories, so that seemed to explain the actual UFO sightings (or alleged UFO sightings, since no reports have been filed by any witnesses; all we have are second-hand stories that some lights and/or a craft was seen).

But what happened that night turned out to be exactly the Search and Rescue mission the military was training for!

The PR guy from the Air Force replied to me in a very open and straightforward manner, giving many details and providing links to photos of what transpired. (Of course, conspiracy buffs will insist that this transparency is exactly what the government would do as part of a disinformation scheme, but that’s for others to debate elsewhere.)

“I really appreciate you looking into this a little further and looking for confirmed facts – as you can imagine, we’ve heard some pretty wild things this past week.”

[Conspiracy buffs note: “The military thanking a UFO researcher. Yeah, as if that would ever happen.”]

Immediately, Derek answered a question that some UFO buffs were asking, namely, “What aircraft was seen?” He replied:

“The aircraft involved in the exercise was a Twin Otter from 440 Squadron - great plane for this terrain, you can see it on the ice on our Flickr. I had a chance to fly in it and land on the lake with the skis - very cool experience…”

And here’s the plane: 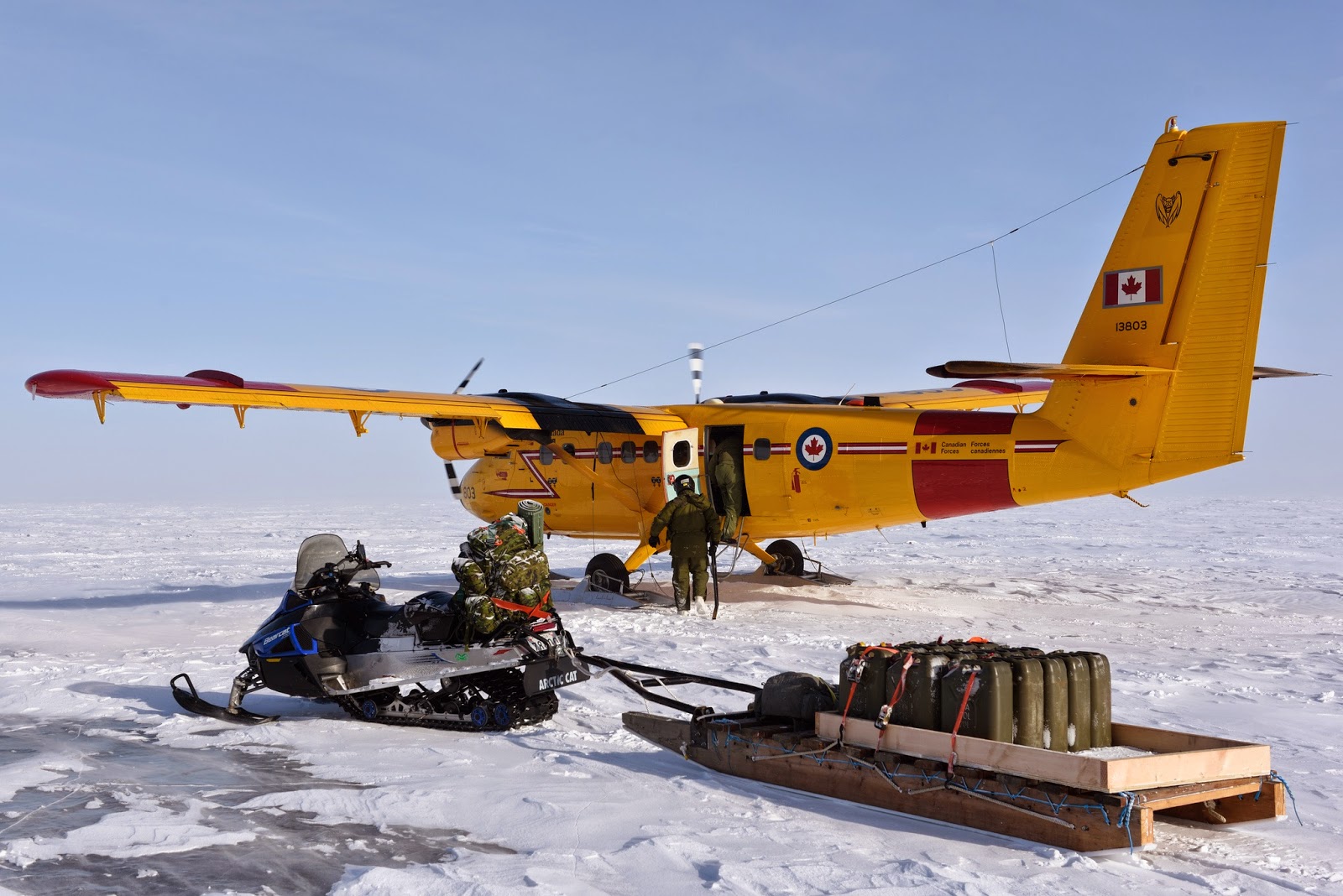 Yes, that’s right, we have a photo of the plane. Because the military has a Flickr account. Why?

“I was out with a camera team from Shaw on Thursday, which was the last day the Twin Otter was participating (flew back to Yellowknife on Friday I believe). This is some of the irony - we have nothing to hide, in fact we're trying to tell as many Manitobans/Canadians as possible what we're up to! Thus the Flickr site, news release, media visit...my job in general!”

He recognized the irony; the military thought it was being as transparent as possible, and still, hoaxers decided this was an opportunity to enflame conspiracy buffs about a non-existent cover-up! (Shaw, BTW, is a TV network in Canada.)

Here's another photo from the military operation: 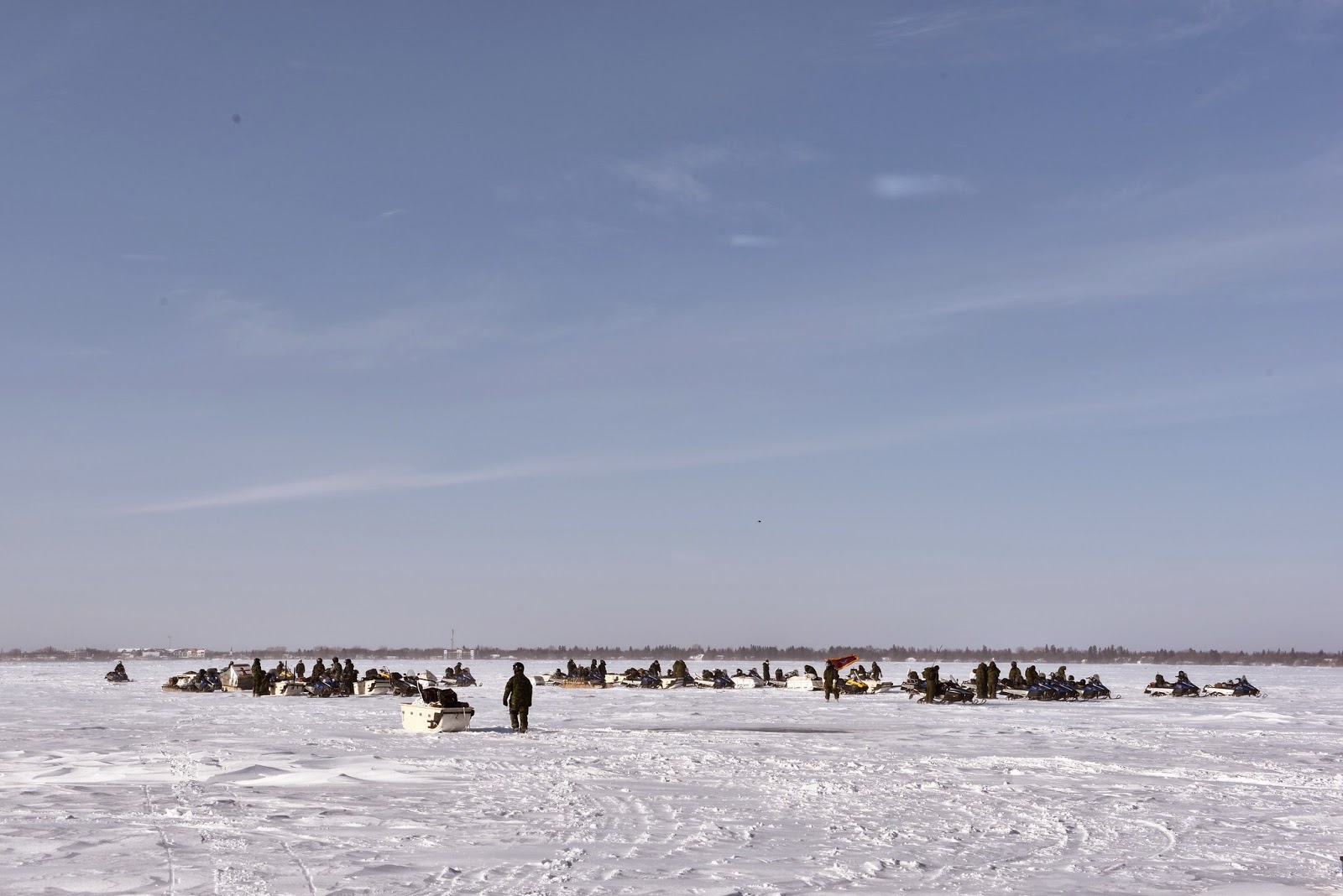 And yes, not only do they have a Flickr account, they’re also on Facebook and they even invited a TV news camera crew to be embedded during the training exercises. Not your usual cover-up and lockdown technique.

Oh, and James Bezan (left), the local member of the Canadian Parliament and also Secretary to the Minister of Defence was also present when Arctic Bison 2015 was begun and briefed on the entire exercise: 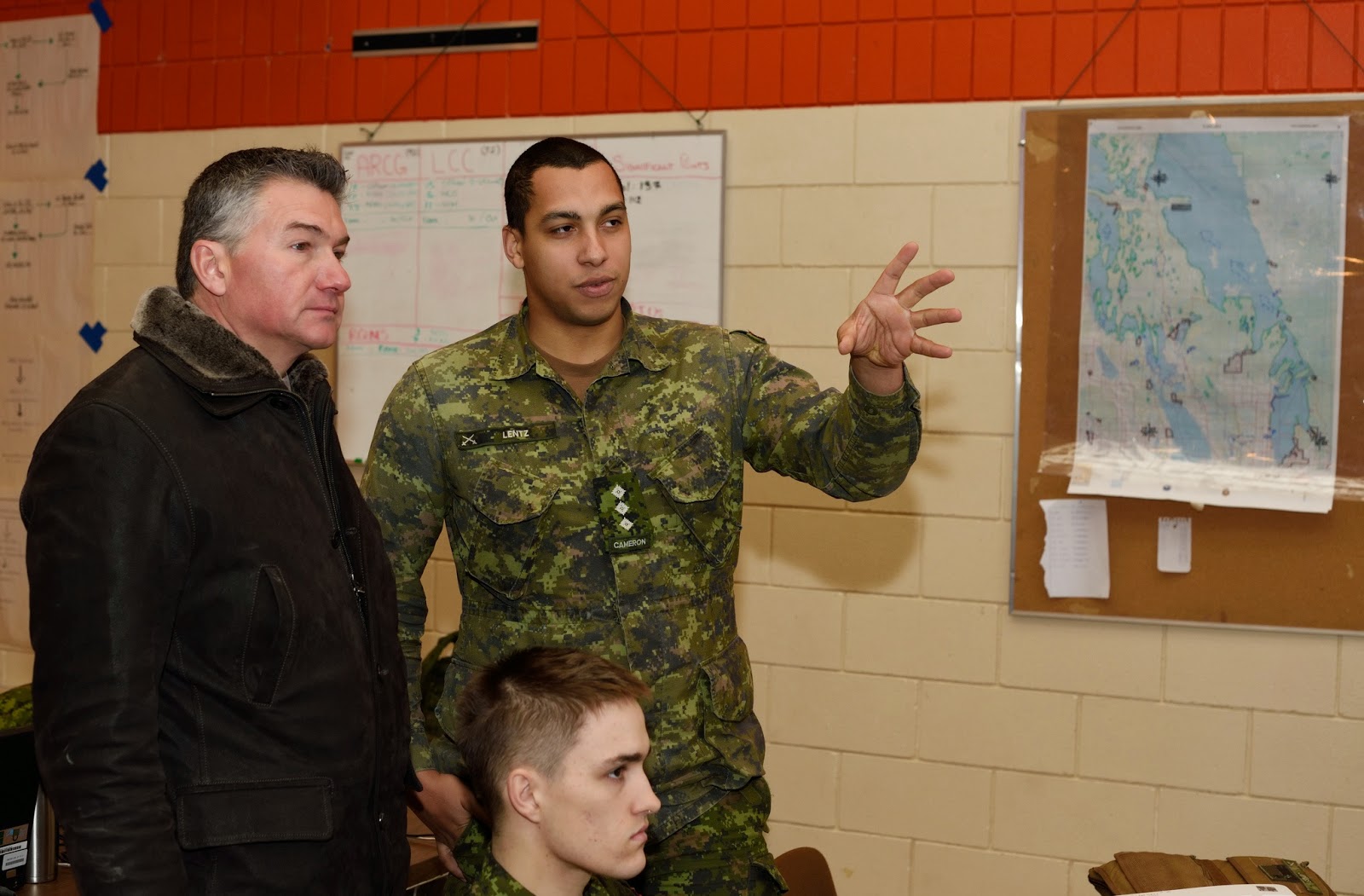 So this was all planned long in advance of anything ever being reported from Jackhead. The news release went out on the 17th, the day before, but the environmental assessment had been conducted long before. (I can imagine trying to get someone from the Defence department out to inspect the troops takes some planning.)

However, what happened at Jackhead? Well, it turns out that, as I had reasoned, the military operations had nothing to do with the community onshore―until there was a snag.

I mentioned this was extreme weather conditions, right? In fact, so extreme, the military’s own snowmobiles broke down! (Good thing they were doing the exercise for practice!)

“Some of the confusion stemmed from the original route not passing through/by Jackhead. We had not made contact with the community leaders there in advance. Once snowmobiles stopped working due to extreme cold, we needed road access to get them off the lake―this happened to be Jackhead. As soon as we knew we would have trucks passing through Jackhead, I advised my boss to make contact with the local leaders to let them know.”

So, as their news release explains, they normally liaise with local communities they will be approaching, but since they had not planned to go to Jackhead, they didn’t do that. Until they were in serious trouble.

Hence, the military trucks on the Jackhead road and entering the community. But they did ask when it happened, apparently, since it was an emergency.

And as for the stories of photos and “evacuation”… Derek noted:

“As for restricting access, telling people to stay away, or not to take photos―I would be surprised if anything remotely like this happened. I did hear some of the troops were nervous when they came across people taking photos, but only because they thought they were being scouted to potentially have their gear stolen.”

(Incidentally, that actually has occurred in other situations!)

So, whether or not you believe the military explanation, it does fill in many details and answer many of the questions people have about the Jackhead incident. Witnesses may have seen the plane take off and land, and that would explain the observations of lights either ascending or descending. (Again, however, no one has actually made a report to this effect.)

As for the stories of UFOs over the lake and Jackhead on February 22, the last day of the military exercise, I had thought that this could have been from the wrap-up of the operations at Gimli, perhaps flying past Jackhead.

“Feb 22nd was somewhat the last day in the sense that everything was wrapped up and everyone on the road back to their hometowns. The Arctic Response Company Group is made up of Reservist soldiers from across Sask, Man, NW Ont. Everyone was back to Winnipeg by last night (except maybe some last minute cleanup of the headquarters in Gimli), so any activity on the lake last night would not have been us. I am aware of search and rescue training done by the SAR squadrons in the Lake Winnipeg area (I believe you mention this on your site), but not sure about last night.”

So it wasn’t them, if anything was seen at all.

“Finally, one of the photos of the lake is blatantly photoshopped. I googled 'frozen lake winnipeg' to show someone what pressure ridges look like, and lo and behold there's one of the photos but without the foreign object on it.”

He provided the link:
http://betweenbrushstrokes.com/2012/02/21/lake-winnipeg-in-february/

And sure enough, if you compare the photo of broken ice on the lake with the accompanying “crashed UFO” that has been circulating, with the photo taken by a nature photographer three years ago, they match. 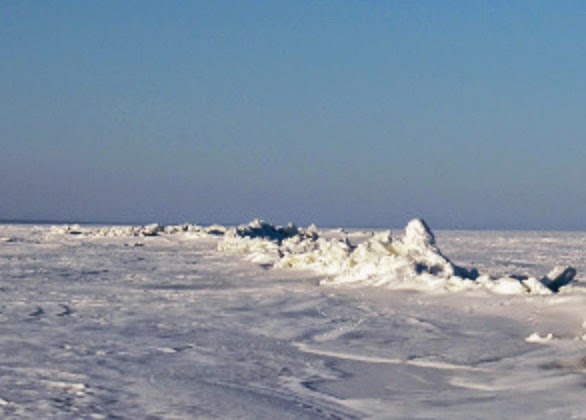 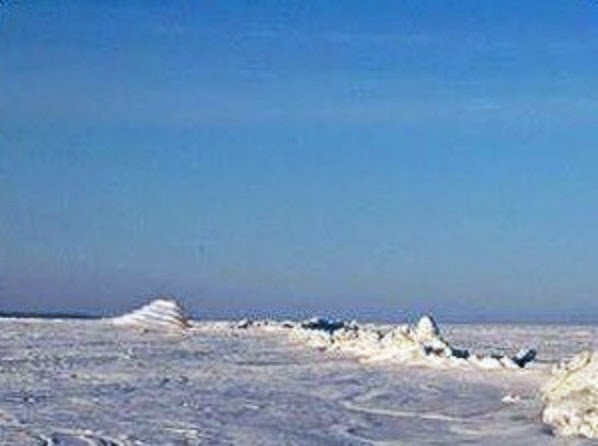 So, whomever uploaded the “UFO crash” photo deliberately extended the hoax by photoshopping a "stepped pyramid" spacecraft into the original photo. Go ahead, take some time to play with the images and line them up. I'll wait.

And here's the "artists' conception" of the crashed spacecraft.

Okay, since some of the verbiage regarding witnesses seeing UFOs and being evacuated and told not to say anything, etc., was in accompaniment of the hoax UFO crash photo, I wonder if any of it is true.

In summary: there was no UFO crash. There were military exercises. No one on Jackhead was carted off or anything for taking photos of a crash that didn't occur. It's all a series of fabrications.

The Internet is broken.