I've been receiving many UFO reports during this month - far too many to enter into the database promptly.

Just as an example of what I'm getting, I received a report through Transport Canada regarding:

a bright white light hovering over Mt. St. Hilaire, which is South East of Montreal, at 4AM EDT today (Oct 22). The light remained there for 15-20 minutes and then disappeared.

I spoke with the witness, which was interesting because he doesn't speak much English and I don't speak much French, but I got a few more details.

First, he says it occurred at 6 am on October 22, 2012, not 4 am. He says it was definitely not an airplane, and it was not moving. He and his wife live on the 4th floor of an apartment building, and they face Mont-Ste-Hilaire to the east. The object was fairly low, but just above the mountain.

He says it simply vanished at the end of the observation. He also notes that he saw it again two days later, in the exact same location, but that it was cloudy the past few days and never saw anything.

My first thought was that it was astronomical, so I checked star charts and found that Venus was exactly in the right location. 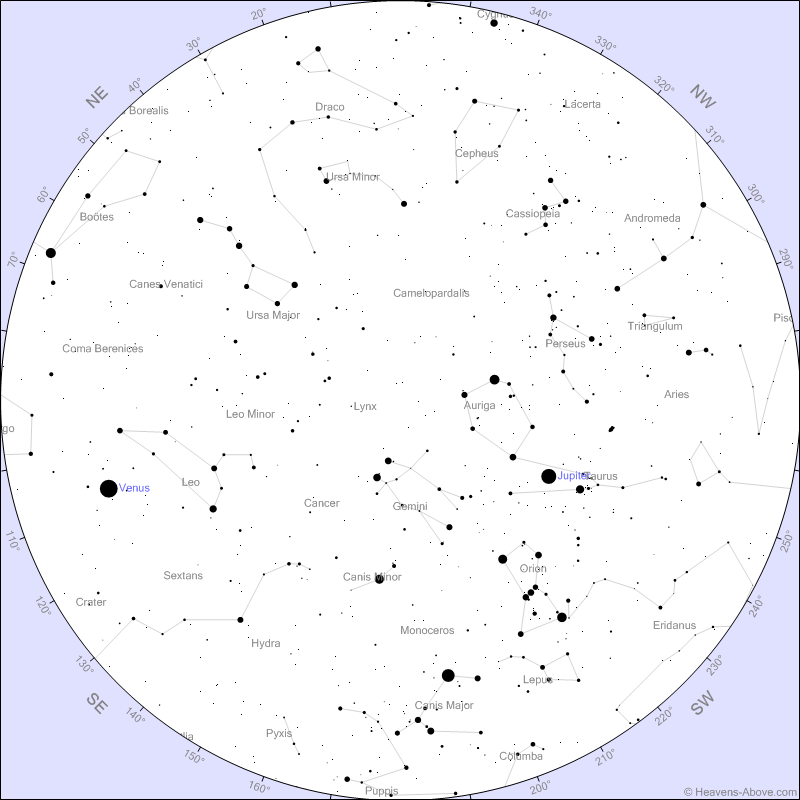 The witness also said that there were two "rays" coming out of the object, which went from south to north. It was difficult for him to describe their appearance.

Anyway, it's probable that Venus was in fact the culprit, although its disappearance after 20 minutes is a bit problematic.

But this case is about average in information content as far as recent cases go. Not a lot of detail, lots of missing information, but most are starlike in appearance.

And there are hundreds of these reports each month.