After leaving the "haunted" fishing lodge, we drove south to a tiny, out-of-the-way town called Soudan, Minnesota. Why? Well, it sits up on top of a low mountain, overlooking lush valleys, in the midst of a rich lode of iron ore. 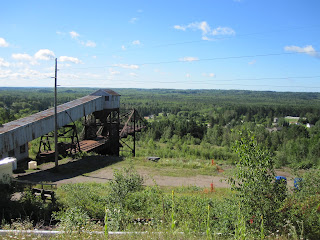 At least it was rich. It was mined for decades until it finally closed in the 1960s when it became too expensive to operate and work the rapidly depleting ore.

But what do you do with a 50-year-old decommissioned iron mine?

The town had a brilliant idea. It marketed the mine to FermiLabs, which was looking for an underground location for its high-energy physics laboratory. Yes, it's now a neutrino detector!

They built a huge lab, about the size of a 747 hangar, about a half-mile down at the bottom of the main mine shaft.

They invite people to visit the site and go on tours of the area, including descending in the original mine car. 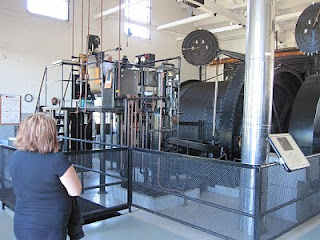 In the control room of the mine, at the top of the mountain. A guy sits in a chair at a set of controls which guide the cables hoisting the mine car as they wind on a huge drum. One ding from below means send it up. Two dings means send it down. 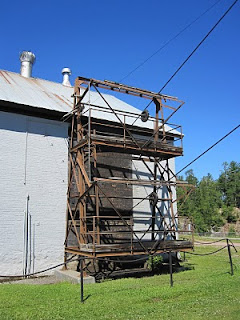 The cables came out of the building through a rusty guide cage... 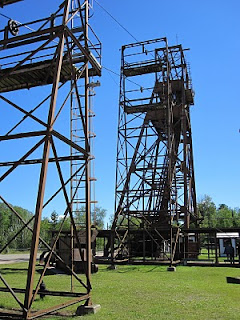 ... across to a pulley above the mine car dock.

All in the open, exposed to the elements.

Well, we had to go. Donna was a bit reluctant, since going down into the mine is a three-minute roller coaster ride straight down (well, at 80 degrees, actually) in a small, six-person, rattling and clanking metal box in almost complete darkness as you plunge into a hole in the ground. It's not for the claustrophobic. 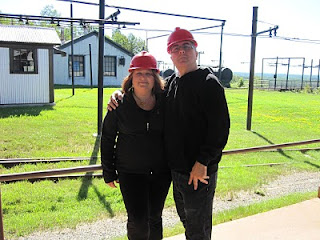 All suited up and ready to spelunk. 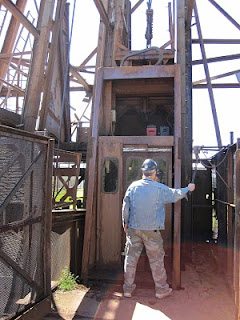 Opening the gate of the cage... 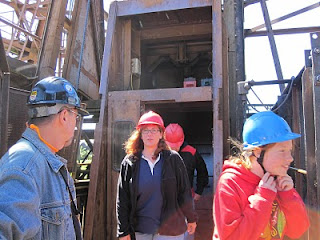 This is what it looked like at the bottom: 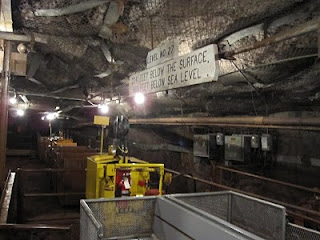 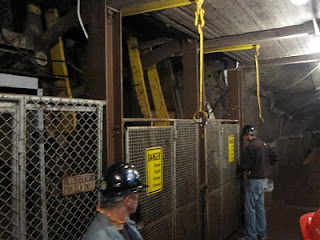 And yes, there were bats. Everywhere. Apparently, they sometimes even get into the mine car and fly around while you're going down. In complete darkness. 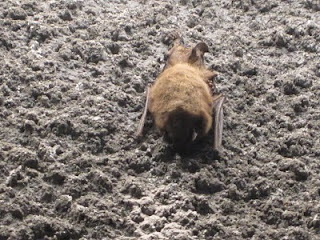 But usually, they just attached themselves to the walls of the cave and looked cute.


At the bottom of the shaft, the cave opens up into a series of caverns, and the one into which we were led was entered through a pressurized doorway. 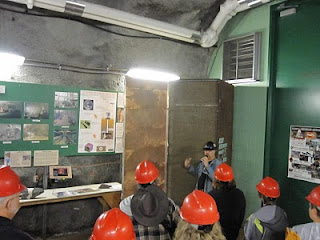 Inside, it was like any physics lab on Earth, with offices, computers and cubicles, except for the hundred-foot-long stack of metal plates on its side that was the detector. There was a canned presentation, and then you could watch the detector register particle impacts from both Fermilab itself (near Chicago, sent through the Earth) or from above, from cosmic rays passing through the half-mile of solid rock. 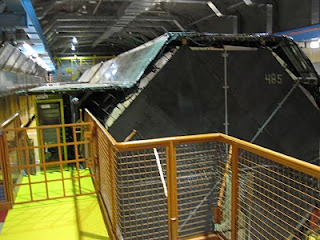 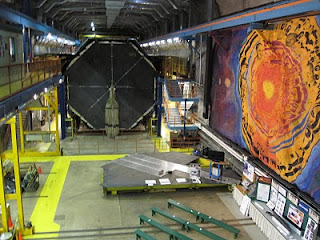 Very, VERY cool. (It was supercooled, as a matter of fact.)

So, from ghosts to "ghost particles," it was an interesting day. And our vacation was still just starting...