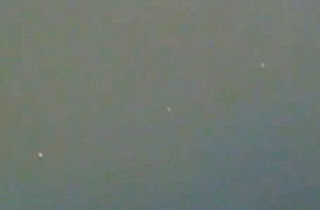 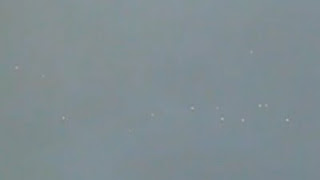 Comments:
Vernon BC, UFO sighting
I just saw the youtube video of orbs in the sky over vernon BC and It made me want to post my sighting in the summer of 2004. I am from Vernon B.C. and I have since heard that many sightings have been reported in this area. So heres my story.

My friend was driving her car with 2 others and myself, with me in the backseat. It was a very hot day, in the summer, and it was about noonish without a single cloud in the sky. We were on our way to my house so I could get dropped off first. We were driving along a road, when I looked up out of the window to see an extremely reflective disk in the sky. I think it was about the length of a luxery sedan, about 200 to 300 feet away from us, but it was hard to judge the size and distance of this object. I mean it could have been larger and farther away, it was hard to tell. At first I was trying to figure out what kind of aircraft this thing was because it was travelling the opposite direction as the car I was in. After starring at it for about 20 seconds, it very suddenly, and abruptly, with almost no slowing down or stopping time, started travelling in the opposite direction, the same direction as the car I was in. At that point I knew it was no conventional aircraft that I knew of. I pointed it out to my friend sitting next to me in the backseat, and we both starred at it as the car travelled up towards my house. The object continued to keep the new direction it was in and we watched it seemingly follow us for a good 5 minutes. I then decided to point it out to my friends in the front seats and almost instantly as my two other friends were looking to the sky for it, the object travelled directly away from us into the sky. It looked like it just started shrinking smaller and smaller until it dissapeared. I was then dropped off at my house and by this time I was very frightened. I tried to tell my parents what I saw but they simply did not believe me, they kept passing it off as if it were nothing. I have not reported this sighting until now because I feared that people would think I'm crazy, on account of my own parents response. I'm not saying this UFO was alien. I'm simply saying that this thing was a classic example of a flying saucer. A craft still unknown to the public.