Well, we went in by horseback to the Falcon lake site on August 31. 2008. There were 7 of us including our guide, who got us there in one piece up rocky ridges, through swamps and dense forest. And my posterior hurts from the "canter" that the horses insisted on doing across the sandy open areas.

Co-researcher Geoff Dittman and I scoped out the site as the rest of our party listened to the tale told by our guide. She had it right; well-remembered from the version most popularly told. For details, see: www.ufologie.net/htm/michalak67.htm

The Unsolved Mysteries version of the story (featuring a very young me) is on Youtube at:

Here are some photos from the trip: 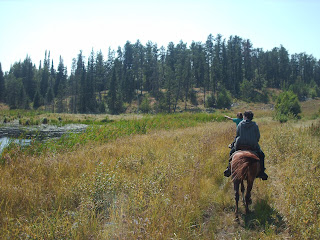 Riding along the swamp. Site is off to the right up on the ridge. 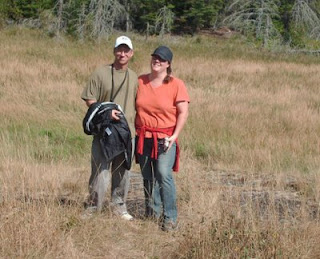 Geoff Dittman and Heidi Jean standing on the "landing site." 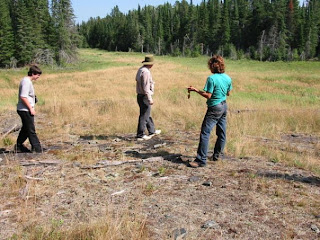 Me (centre) looking around the site. 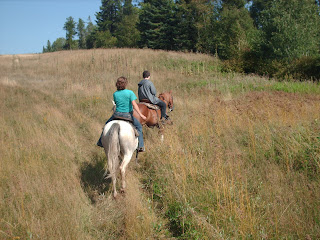 On the trail ride home. 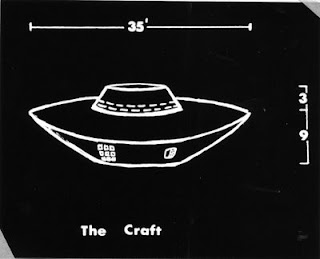 The object that Michalak encountered in 1967, from his drawing and description.

What was the point of your visit to Falcon Lake -- a minor vacation jaunt?

Forty-one years after the alleged sighting and landing, what could you possibly hope to garner from your sojourn?

This is the problem with ufology and ufologists: they're fixated on old UFO events and come away with nothing new or worthwhile.

This is the problem with some people. They make comments without knowing the facts.

Implying that I'm fixated on old UFO events means you definitely aren't aware of my research, which is about UFO case investigation. My annual studies of UFO reports (numbering several hundred each year) shows that I'm more interested in new and recent cases, if anything.

As for reasons to visit the site, there were several. First, a "UFO tour" is being offered commercially, and I wanted to see what is being said and done. Second, Researcher Geoff Dittman had never been there and wanted to mark it with GPS and also geocache it accurately, since one argument against the case was that it's easy to find, which it's not. Third, it's a vacation, and people do things like horseback riding on holidays.

Thanks for the comment, but I think you're out of line on this one.