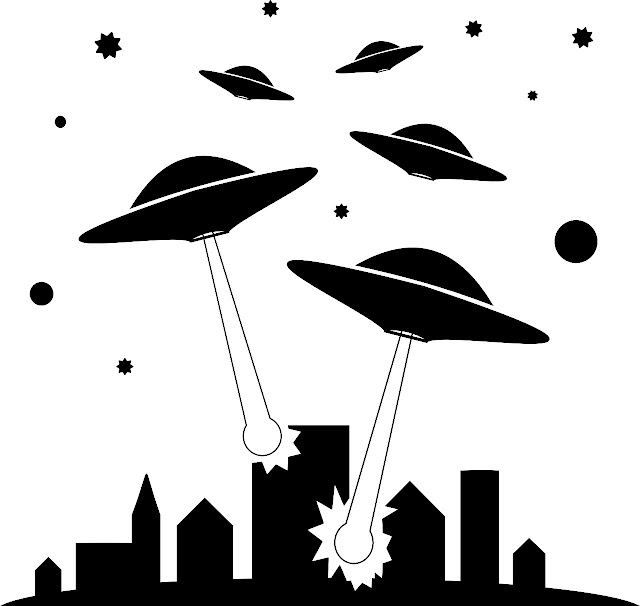 No, I'm not at all surprised that there is a lot of hype surrounding the US Navy and Pentagon UFO comments.

Even though the "pyramid" UFO video (actually it shows a triangle, since it's in two dimensions on the screen) looks identical to an imaging artefact caused by the equipment aperture, many UFO fans and zealots are defending it, arguing that the Pentagon wouldn't say it was a UAP if it was just a mistake.

In fact, if you look at what the Pentagon spokesperson actually said, it makes sense:

"I can confirm that the referenced photos and videos were taken by Navy personnel," Pentagon spokesperson Susan Gough said in a statement distributed to numerous media outlets.

"The UAPTF [Unidentified Aerial Phenomena Task Force] has included these incidents in their ongoing examinations."

Nothing in that statement suggests in any way that the video is unexplained. The fact they were filmed by Navy personnel means only that the people filming them likely didn't hoax them.

At the same time, there have been a flurry of posts recently from people in various UFO newsgroups, podcasts, on Facebook, and other social media, all advancing some of the most absurd theories and UFO claims.

The Jackhead UFO crash hoax reared it ugly head again, much to my chagrin. Billy Meier. Bob Lazar. All suddenly in vogue again after being shown to be false or at the very least dubious many years ago.

It's because of metamodernism.

As I noted several years ago:

Ufology today is riddled with religiosity. Most UFO conferences and conventions boast slates of lecturers on spiritual contact with aliens, telepathic communication across the galaxy, healing with crystals, and how to "raise consciousness."

Since then, "hard science" ufology has been relegated to the back seat, and populist ufology almost always has a core of mysticism and "New-Age" beliefs. It's ironic, as UFO groups such as MUFON are trying to rebrand as more scientific organizations, all of this at a time when metamodernism is dictating that a more religious version of ufology is surging in popularity.

Modernism is a mindset and cultural code that is formed during the emergence of modern science and the Enlightenment (thus, it has been around for ~300 years). It emphasizes reason and rationality, the power of science in deciphering foundational truths about the universe, capitalism, and the idea of human progress. It also emphasizes individuality and universal human rights. Most "modern" industrial societies are primarily organized by these values and codes.

The postmodern viewpoint offers a skeptical critique of modernist knowledge and concludes that the knowledge we generate is always contextual. The postmodern argument is that there is an inevitable fusion of truth with social power.

Metamodernism reconstructs things by joining their opposing elements in an entirely new configuration rather than seeing those elements as being in competition with one another. If postmodernism favored deconstructing wholes and then putting the resulting parts in zero-sum conflict with one another—a process generally referred to as “dialectics”—metamodernism focuses instead on dialogue, collaboration, simultaneity, and “generative paradox” (this last being the idea that combining things which seem impossible to combine is an act of meaningful creation, not anarchic destruction).

Examples of metamodernism include a "remix" in current music, "modding" a video game so it plays differently, and a "reboot" of a film. In other words, you take what has been established and do what ever you want to it so as to make it something personal. The original "true" and "accurate" version is immaterial.

Such is ufology today.

It seems as though there is no longer any "truth" to seek in ufology. If you believe aliens dressed as nuns left the secret underground base in Nevada and walked through Las Vegas undetected, that's your prerogative. If you think the Galactic Federation has contacted you personally, that's fine. If your thoughts can vector incoming spacecraft, so be it. If you say your video shows the flight of transmedium UAPs, that's alright too.

Nothing I can say or do can possibly shift you from any of those views or claims, regardless of any evidence that exists to show you are in error ("wrong") or that your belief is false, even if your own evidence is disputable or comes from doubtful sources or it has alternative possible explanations.

See? Nothing is true, but conversely, nothing is false.

As some mainstream media reported today:

The past week alone has featured increasingly ridiculous false claims issuing from the right. There's the one about the Biden administration taking away Americans' hamburgers. And the one about the White House giving gift bags with the vice president's book to migrant children -- that one was effectively retracted by the New York Post and the reporter resigned, saying she was forced to write a false story.

This problem of "true" and "false" may seem just a thought exercise, but it has implications for science and engineering.

Just imagine if an engineer building a bridge did not need to accurately calculate a load bearing limit. Or if the brakes on your car were "more or less" installed properly. If a service technician thought that the specs in the car's manual were wrong, that could be disastrous.

So in ufology, if rigorous scientific analysis and use of methodology are not considered authoritative, or if someone's conflicting opinion that a UFO photo has an explanation is viewed as unimportant, then that's the metamodern approach.

In effect, anything goes. 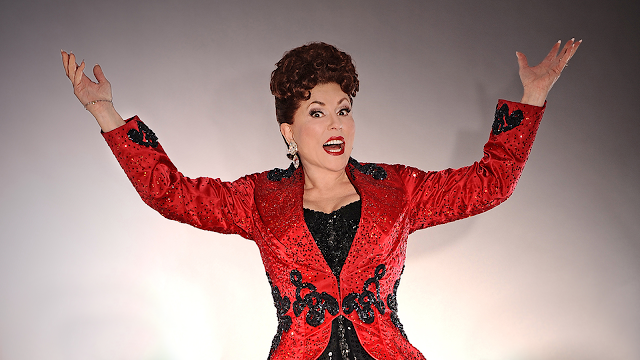 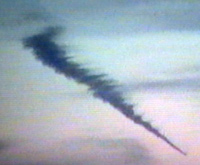 And just like that....
Remember the news just a few weeks ago that UFO sightings were up during 2020? And we thought it had something to do with the pandemic?
e.g. The New York Times:
"They are not alone: U.F.O. Reports surged during the pandemic"
And my usually ignored Canadian UFO Survey results:
"Survey suggests Canadians looked to the skies, saw more UFOs during the pandemic"
Well, we're still in the pandemic, but...
So far in 2021, the first quarter shows a large decrease in numbers of UFO reports!
MUFON is down 40% of Canadian UFO report numbers from the same time in 2020, and NUFORC numbers are even worse, down about 65%!
UFOs seem to have suddenly gone away!
Do you suppose the aliens know something?