Yes, the 2020 Canadian UFO Survey is now out. To view it, visit Ufology Research.

It turns out that 2020 was an exceptional year for UFOs, as well as being a strange year for all of us because of the pandemic.

Here are some highlights:

There were 1,243 UFO sightings recorded in Canada in 2020, an increase of 46 per cent over 2019. Despite the pandemic and lockdowns, this was one of the highest total numbers of UFO reports recorded in a single year since the annual Canadian UFO Survey began in 1989.

In 2020, about 13 per cent of all UFO reports were classified as unexplained, but more than 26 per cent had definite explanations. The remaining cases had either possible explanations or insufficient information for evaluation.

Maritime provinces had a dramatic increase in reported UFO sightings, rising from 39 reports in 2019 to 130 in 2020.

2020 marked the 32nd year of collecting and analysing Canadian UFO report data by Ufology Research. With some gaps in data, tables of most Canadian UFO reports included in the annual surveys from 1989 to the present are available online. 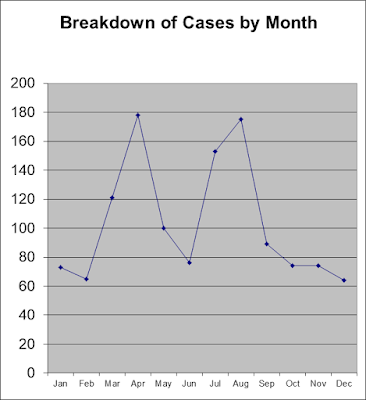 The most obvious indication of something being unusual in 2020 UFO data is the distribution of cases over the year. The double peak in April and August is particularly striking.

Was this because of COVID? Or was it because of several factors such as Starlink satellite launches combined with the lockdowns? One suggestion, that it was because of media attention to the "Tic Tac" UFO story and the impending US Intelligence report on UFOs, would be reasonable, but that would not explain the sharp drop in June reports. Besides, it is known that current UFO reports are not necessarily linked to current media, but often precipitate reporting of older experiences.

It's also interesting to compare Ufology Research data analyses with other studies. American ufologist Cheryl Costa, for example, has been doing fine work by crunching UFO data as well. What's curious is that her graph of monthly UFO report numbers is very different:

Specifically, while the April peak is in the US data, the second August peak that is in Canadian data is absent. Costa notes that the March/April American peak is due to: "the result of COVID lockdown giving people more leisure time, a known driver of sighting reports."

Another difference is that Costa notes: "usually the 4th of July spike dominates the chart. In 2020 there weren't as many fire works events scheduled due to shutdowns." Yet Canada's national holiday featuring fireworks is in July as well, and showed high numbers of reports.

Clearly, some other factors are involved in the variances in Canadian UFO report numbers and the differences between the two countries.

Of all the 1,243 reports recorded in 2020, while about 13 per cent were classed as Unexplained, when looking only at Higher-Quality cases with high Reliability, the field was narrowed considerably.

The following are the best of the bunch, mostly in the witnesses' own words. Some might have simple explanations despite their classifications:

Higher Quality Unknowns in Canada in 2020

2020    2          3          1630    Cochrane         AB        nd        15        grey     2          triangle           7          5            NUFORC          u
"triangle shaped craft stationary, spun in spot then disappeared"
Driving with my son westbound on RR 262, I noticed a grey pie-shaped object in the sky out of my driver side window. I alerted my son to look at it and he spotted it right away. As I was driving, I had my attention divided between the road ahead and the object in the sky to my left. I took four or five 2-3 second glances at the object, which seemed to be standing stationary in the sky. The object began to rotate, appeared to turn black then disappeared. After it turned black I looked away to check the road and when I looked back it was gone. No trail, nothing. Very clear sky with high visibility and ceiling. I have binoculars in my truck which I quickly passed to my son earlier on in the sighting, and he struggled to find it through the binoculars, but he watched for the first 10 seconds or so. The object was triangular in shape. It looked proportionately like a thick piece of cake.. The tail end was also “v” shaped or possibly described as a shallow chev! ron shape when observed from directly below. There were no windows, lights, lines or markings on the objects surface and the edges were all rounded. Within 1 min of us seeing the object we witnessed a military plane flying in the direction of our sighting.

2020    3          25        2015    Sparta     ON       nl         120                  1          ps         7          5          MUFON           u
"pulsating light that moved erratically and reappeared in random positions"
Just as I was at the crest of the hill leading down into the valley, and before descending down into the valley, a bright streak of a light caught my eye. I later realized that it appeared as a streak because the light was fairly slowly pulsating as it appeared, and my movement made it appear as a streak. But then I stood still, anticipating seeing the light appear again, as is usually the case with evenly-timed flashing lights of an overhead airplane passing by. But it took longer for me to see the light reappear than any aircraft I've seen before. When it did reappear (about 2-3 seconds later), it was in a different location than I would've predicted. I expected it to be farther along a straight flight path because of longer timed intervals, but it actually appeared in an entirely non-predictable location somewhat farther to the left. At least 2 or 3 seconds later, the pulsating light reappeared again but farther to the right and somewhat higher (the light seemed to be moving away at a low angle, so I expected it to reappear somewhat lower, not higher, the next time it reappeared, if it was following a straight flight path leading away from me). There was another non-uniformly timed interval before the pulsating light reappeared again, and again in a random position that my mind would not have expected if it were following a straight flight path. This pulsating light gradually brightened when it appeared and then gradually faded, which took approximately 1-2 seconds maximum in total time during each I saw it appear. I estimate that I saw the pulsating light appearing and disappearing in unexpected random positions, and at random time intervals between pulsations (intervals between pulsations ranged between 3 - 6 seconds); pulsations occurred approximately 8 different times. And then I did not see the light reappear again at all, and it if was an aircraft, I would definitely have continued to see the aircraft's light continue to flash, consistently, quick-flashing, and for a much longer duration, before it traveled beyond visible distance. But this randomly somewhat gently-pulsating, random positioned light just suddenly stopped reappearing in the plain open sky.

This was not an aircraft. It is physically impossible for any aircraft to move in the pattern that this (or these) pulsating light(s) appeared. And I would've been able to follow the flight path of any aircraft for much longer than I viewed this pulsating light. It was pure clear sky, and yet it suddenly stopped appearing in random staggered locations in a manner that would be impossible for any typical aircraft escaped my continued viewing.
The random timing between the pulsations, and the random, unpredictable or staggered locations, makes me absolutely certain without any mistake that this was not lights from an aircraft from our planet. This also was not any satellite, nor helicopter. I looked at videos of Chinese lanterns, and this was not like any of the videos showing Chinese lanterns, and I live in a very remote, rural area, and the location where I saw these lights excludes that as a possibility.

Results of this study show that many people continue to report unusual objects in the sky, and some of these objects do not have obvious explanations. Many witnesses are pilots, police and other individuals with reasonably good observing capabilities and good judgement.

Numbers of reported UFO sightings remain high. Several theories for this can be suggested: more UFOs are present and physically observable by witnesses; more secret or classified military exercises and overflights are occurring over populated areas; more people are unaware of the nature of conventional or natural objects in the sky; more people are taking the time to observe their surroundings; more people are able to report their sightings with easier access to the Internet and portable technology; or even that the downturn in the economy is leading to an increased desire by some people to look skyward for assistance.

Although the largest percentage of reported UFOs is simply lights in the night sky, a small number are objects with definite shapes observed within the witnesses’ frame of reference.

Popular opinion to the contrary, there is no incontrovertible evidence that some UFO cases involve extraterrestrial contact. The continued reporting of UFOs by the public and the yearly increase in numbers of UFO reports suggests a need for further examination of the phenomenon by social, medical and/or physical scientists. 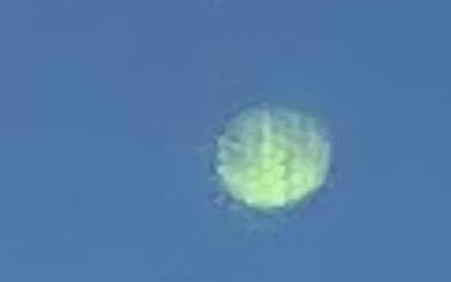 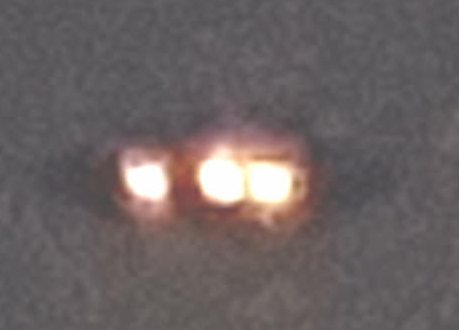 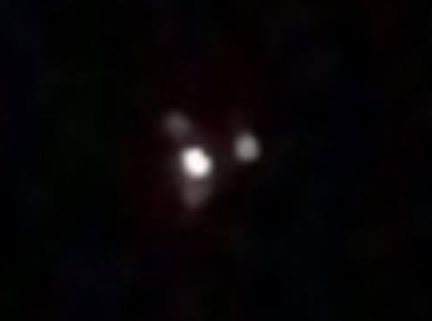 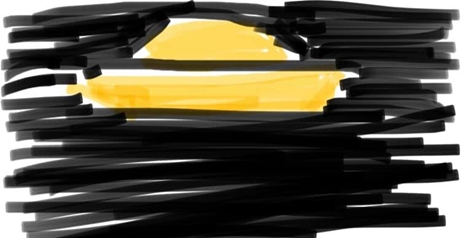 Thank you to organizations and individuals whose data were included in the Canadian UFO Survey. Many cases were posted originally to Facebook groups such as UFOs Above Canada and PEI UFO INFO.

Special thanks go out to those who assisted in the production of the Canadian UFO Survey: Geoff Dittman, Ashley Kircher, Jason Carignan, and Sarah A.