Media Update and the "UFOs in Canada Archive"


I was approached some time ago by an archivist who asked what I was eventually going to do with my huge collection of UFO reports, government documents, books and other paraphernalia.

I replied that I had no idea. I mean, who would want this stuff?

As it turns out, many people.

The Archives for UFO Research (AFU) in Sweden has been collecting UFO docs and publications for many years. In fact, they were the first to ask for copies of my Swamp Gas Journal when I started publishing it several decades ago.

Arthur Bray's UFO library and collection were donated to the University of Ottawa many years ago, and his UFO fonds is a treasure chest of material. His collection includes a lot of material on Wilbert Smith, for example, a mainstay of Canadian UFO lore.

UFO archives are stored here and there, and are invaluable to researchers pursuing studies in the field. Also, it is important to preserve this information, as it constitutes a significant aspect of cultural history that is often ignored but is gradually gaining recognition and importance.

I began working with Shelley Sweeney in the archives on this almost a year ago. It's taken me a while to figure out what can and can't be moved into an archive, how many bins it will take, making sure the documents are all there, etc.

(NB: As I was going through all the files, for some reason, I couldn't find my box of UFO reports from 1995 or 2013. I looked everywhere. All the other years were where they should have been. I have moved a few times during the past 40 years, so I was worried they might have been lost. Fortunately, I did find them, but only after I tore apart that corner of the basement.)

The archives was particularly interested in the Falcon Lake case files, as the case is uniquely Manitoban and Canadian, and involves a story that is part of local history and lore. It seemed to make perfect sense that the files should be preserved and made available to serious researchers. 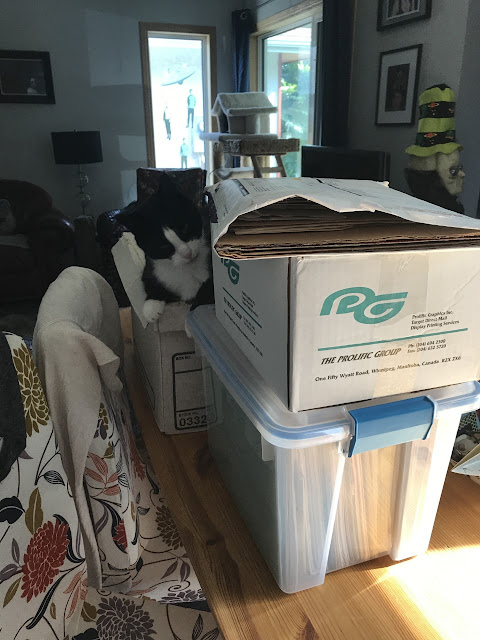 So I began working with the archives and the Michalak family to develop a fonds, and it was their idea to announce its creation at a public event. Over the past year, I have shipped about 20 bins of material to archives, with much more to go. It may take years to collect and get everything over there, and as long again for them to catalogue it all.

(Also, they were most interested in being able to digitize the fonds, which can be quite expensive. They suggested creating a crowdfunding project to do this, estimating it would take about $20,000 to start the ball rolling. The ask has now has been made, and you can contribute to this effort.)

Recently, there was some media attention regarding the Stanton Friedman Fonds at the New Brunswick Provincial Archives. I had the good fortune to visit Stan at his home while he was alive, and he gave me a glimpse of his collection. I know better than most how big of a project its preservation will be! It's been described as the largest in the world, and while some dispute that, it is certainly quite large. My own photo (below) from visiting him in his home was used in stories about his files. 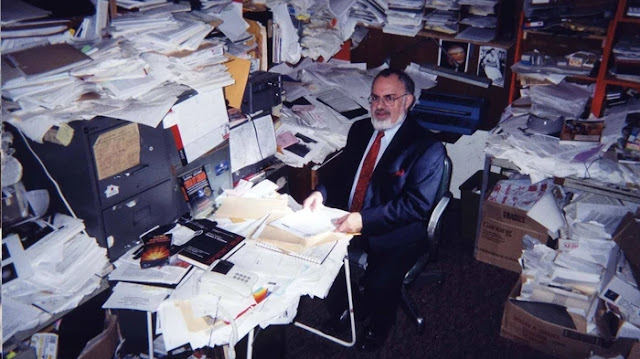 The good news is that my own collection is a bit better organized, and nowhere near as large. I have records on more than 20,000 Canadian UFO reports filed since 1989, when I began the annual Canadian UFO Survey. Among those are government and official UFO documents that are not part of the 9,000 that have been made available by Libraries and Archives Canada, so I including those, there may be more than 10,000 official UFO reports and documents in my collection that will donated as well. In addition, I have many boxes and bins of publications and papers on UFOs and related phenomena, such as a few linear feet of my research on geophysical UFOs, several feet of abduction case files (that may be withheld), original manuscripts of my 10 books and accompanying notes, historical UFO files, my files on other heteroclitic Fortean phenomena such as Sasquatch reports, lake monster cases, ghosts, Manitoba hauntings, and general weirdness. 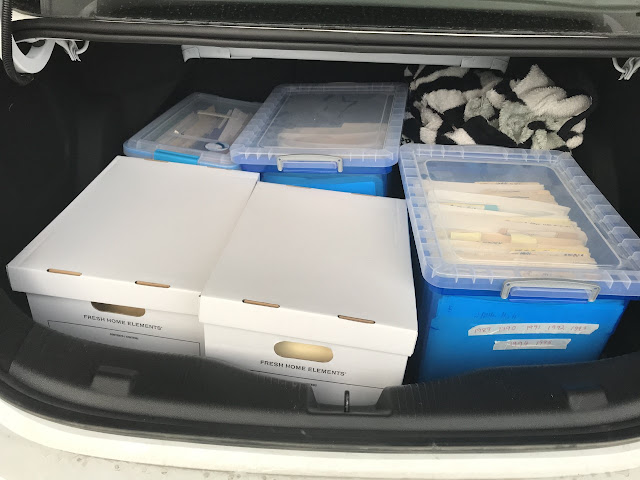 Not to mention my library of books and zines on UFOs and related phenomena. 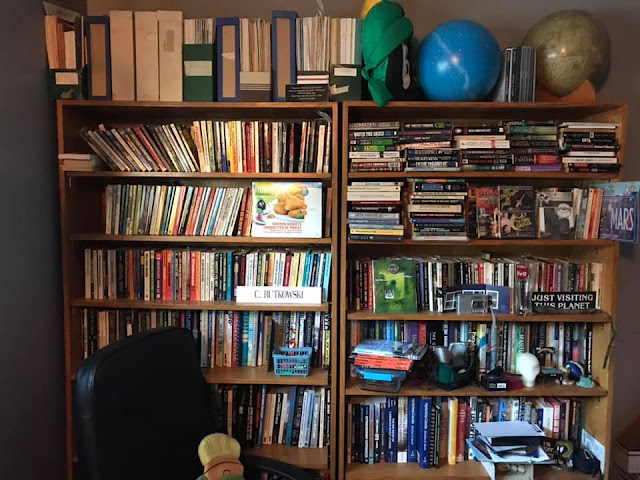 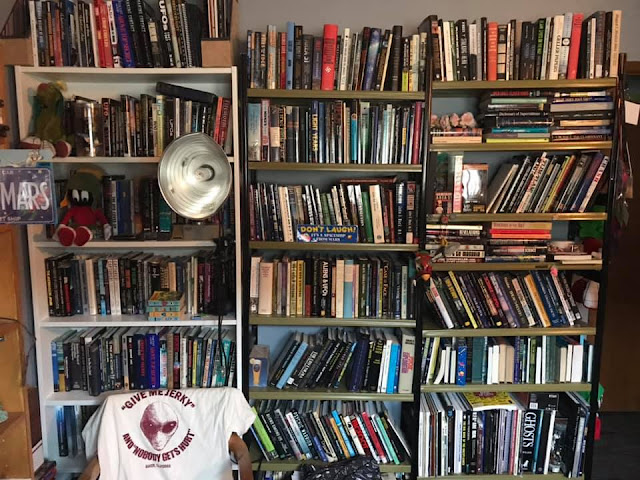 And now, the event is almost upon me.

It's coincided with a bunch of media appearances and published interviews, with more to come in the next few days.

It's a bittersweet time, with a "piece of myself" being shared with others, and the beginning of a new chapter in my life and passion for knowledge about the world in which I live.