What the heck are are UAPs?

If you've been living under a rock, you may have missed the news that the US Navy has admitted some unidentified objects buzz its planes and ships from time to time.

Specifically, a Navy spokesman has said that the UFO videos in wide circulation do in fact show objects that they are calling UAPs (Unidentified Aerial Phenomena).

This admission was given largely because of the badgering efforts by John Greenewald of The Black Vault. He was able to get a response that the videos were not released by the Navy, as originally claimed. 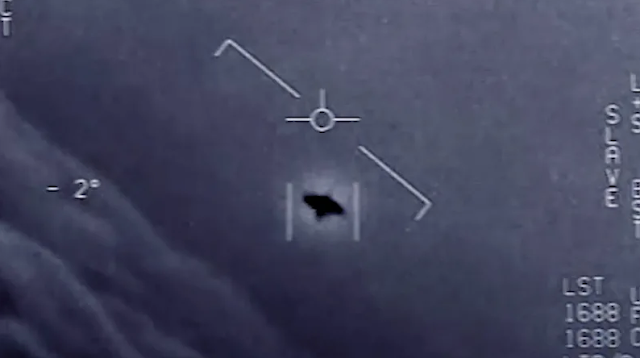 This is pretty significant, as the Navy spokesman noted the videos were being shared freely by Navy personnel using shipboard computers.


“With respect to the 2004 sighting by aircraft from the aircraft carrier USS Nimitz (CVN 68); that video was widely shared throughout the ship at that time. In 2007, one of those crewmembers posted the video onto the public web,” said Joseph Gradisher, official spokesperson for the Deputy Chief of Naval Operations for Information Warfare. “In 2009, the online post of the video came to the attention of Navy officials,” he continued.

And Gradisher stated that the circumstances of the videos' release was being investigated by the Navy.

And rightly so. Someone on board gave the video file to a UFO discussion forum three years later, as it showed up in 2007 on a German production company website then reposted to Above Top Secret.

That's actually a big deal. Loose lips sink ships. Or in this case, loose video clips. The Navy is tracking down the culprit.

But Gradisher was able to clarify one important detail: why didn't they call the objects in the video UFOs?

“The wide proliferation and availability of inexpensive unmanned aerial systems (UAS) isn’t contradictory, it’s just when the UAS is *NOT* immediately identifiable we refer to it as UAP. A quadcopter is immediately identifiable. As we have previously acknowledged, the number of incursions into our ranges has increased with that wide proliferation and availability of inexpensive UAS. Additionally, we use the generic UAP term in communications so as not to pre-judge the results of any investigation.

“Any range incursion by unauthorized craft affects the safety of our aviators and/or the security of our operations. Our revised reporting guidance solicits reports of any unauthorized craft (UAP or UAS) observed within our ranges so that we may investigate that range incursion. Incursions/sightings since 2014 may be referred to as either UAS or UAP, depending on the circumstances surrounding the specific incident in question.”


You see, in the 1950s, the term used for such objects was simply "flying saucer." But the US Air Force decided that the phrase was too loaded with an assumption of aliens that it adopted the more objective term UFO.

However, over the years, even UFO has come to mean aliens in common parlance, so there have been attempts to steer things away from an extraterrestrial assumption.

One good try was "Transient Optical Phenomena of the Atmosphere" (TOPA), but it was largely ignored.

Later, we started getting into the whole UAP, UAO, and UEX ideas. And it seems UAP stuck.

So while most media and most UFO buffs are going on about the US Navy admitting "UFOs are real!"... the reality is that the Navy stated no such thing. The Navy said the UFO videos were actual videos taken by Navy technology, but that the objects were not explained at the time.

There's a significant distinction here that is lost on most people.

“the ‘Unidentified Aerial Phenomena’ (UAP) terminology is used because it provides the basic descriptor for the sightings/observations of unauthorized/unidentified aircraft/objects that have been observed entering/operating in the airspace of various military-controlled training ranges.”

This can be best illustrated with more recent cases that are part of the Canadian UFO Survey.

It's not a flying saucer, but it is, by definition within ufology, an unidentified flying object (UFO). In this case, a UAP was detected on radar but not seen visually, and the control tower at the airports did not have any planes in the area.

Was it an alien craft? Unlikely, but hey, you tell me.