It was a bitterly cold, February night in Winnipeg, Manitoba, Canada. That morning, the temperature had hovered near -30C (colder than -20F), and there was a bus strike.

Despite this, on Friday, February 6, 1976, Dr. J. Allen Hynek gave two lectures at the University of Manitoba as part of its Festival of Life and Learning. (Other invited presenters during the Festival included sound poet Ken Feit and vaudeville legend Mandrake the Magician.) Both of Hynek's talks were to packed houses. 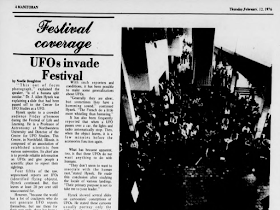 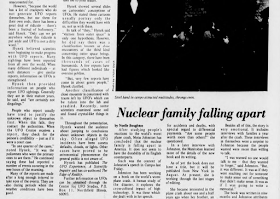 A review of Hynek's afternoon lecture, published in the University of Manitoba student newspaper, The Manitoban

I was taking courses in the astronomy department at the time, and I had started investigating UFO reports several months earlier, having been given contact info for witnesses who called the department with their sighting details. I was young, impressionable, and willing to do anything to get on the good side of my professors, who couldn't be bothered with such nonsense as UFOs.

At that time, Hynek was the guy. He seemed to always be on TV talking about UFOs, and yet had such a solid astronomical background that one of his textbooks was required reading in my courses. 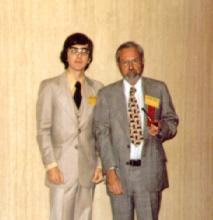 Apparently, in 1977 when I met Allen at a science education conference, I had lot of dark hair.

I had been invited to meet with Hynek privately before and after his afternoon lecture, and listened as several university academics professed their desire to help him in his UFO research. This was the early stages of the creation of the Manitoba Centre for UFO Studies, the first satellite group for Hynek's Center in the USA. MCUFOS never really got off the ground (pun intended) because none of the academics wanted to venture into the field to investigate reports, and preferred offering their scientific opinions.

However, MCUFOS did spin off Ufology Research of Manitoba, which I created after watching MCUFOS flounder for a few years. The good news is that I continued to meet with some of the university scholars in a true "Invisible College," drawing on their expertise and assistance in my research and investigation. A few physicists helped me analyze the radioactive Falcon Lake artefacts, for example, and a psychologist worked with me on experiments on belief and dissociation, and later a clinical psychologist worked with me on abductee cases.

Allen kept in contact with me from then on until his death. Every time he visited Winnipeg, he made a point of meeting with me to discuss UFOs. He even napped in my home to recharge between talks and media interviews. 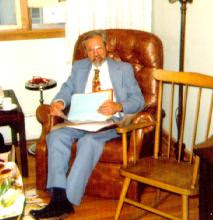 In 1979, I spent time with him and his family at a remote lodge in Manitoba that was on the centre line of the 1979 solar eclipse, where he proudly showed off his stereo camera. 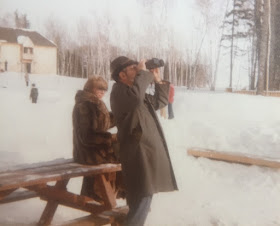 Allen and Mimi at Hecla Island for the 1979 solar eclipse 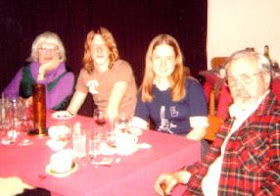 I recalled using a Radio Shack tape recorder to record his evening talk, but I had completely forgotten about it until I was looking for some other recordings and discovered it in a dusty box in my basement. After several moves, I was surprised it still existed.

I then had to figure out how to play and convert the aged magnetic tape to a digital format. Through trial and error, using borrowed equipment (thanks, Vicki), and with advice from Isaac Koi and Curt Collins, I was able to make the transfer. There's a bad hum throughout the recording, and the audience microphones were not working well, but we have a fairly decent recording of Hynek's evening presentation, linked here for your listening pleasure.