Still poking around in the National Archives, I found yet another documented UFO case from 1967, this time from Glace Bay, Nova Scotia. 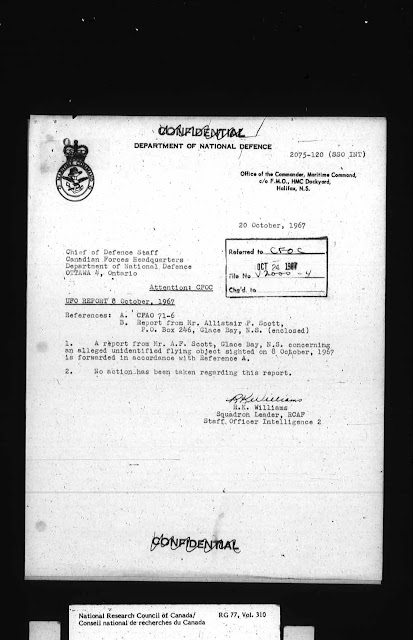 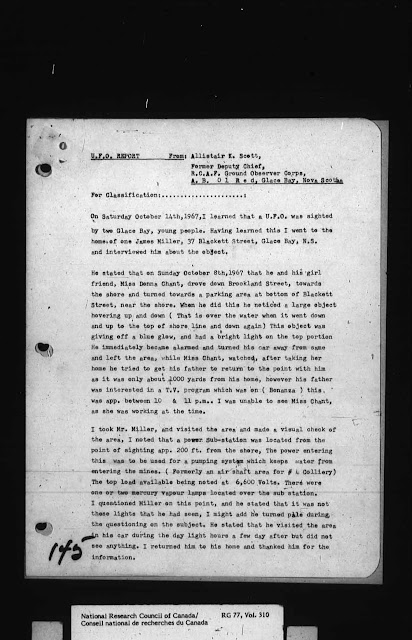 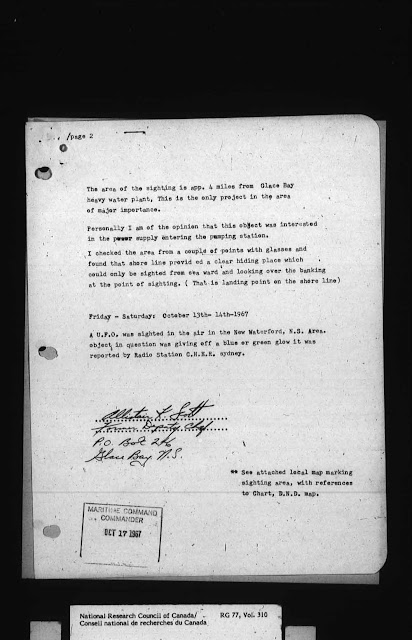 Not only that, but the submitter of the report helpfully provided a map of Glace Bay, showing where the UFO was sighted. 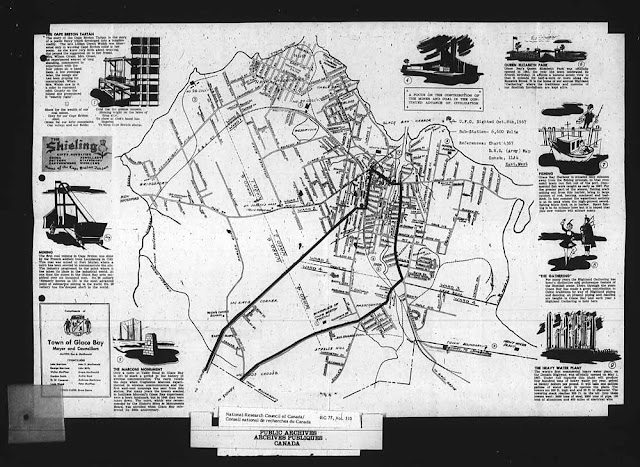 And the reply from DND? 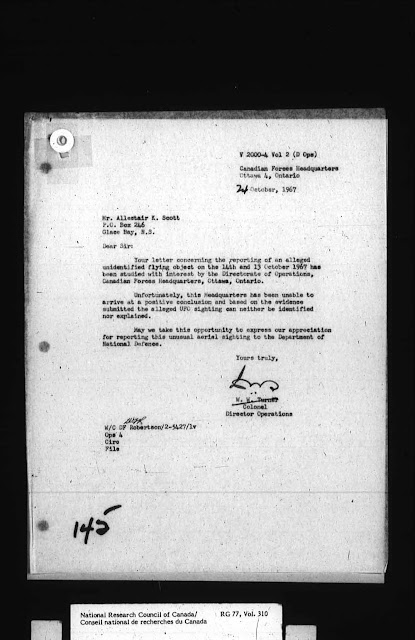 Well, that was that.

Except... Alistair Scott didn't give up. Also in the file is a set of answers to questions apparently posed by Scott to DND, prodding them for more information. His letter with the questions isn't on file, by DND's answers are: 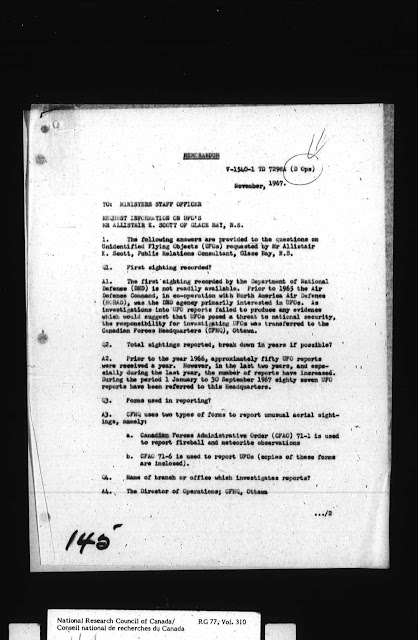 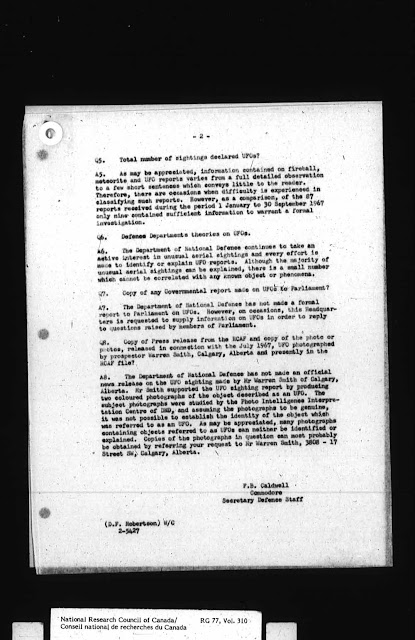 "Although the majority of unusual aerial sightings can be explained, there is a small number which cannot be correlated with any known object or phenomena."

Yes, Commodore F.B. Caldwell, Secretary of the Defence Staff, told a civilian, Alistair Scott, that some UFOs could not be explained by the Department of National Defence. 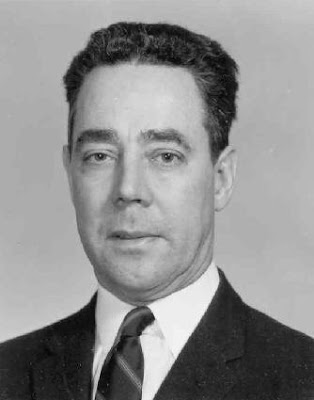 F.B. Caldwell, when he was Lieutenant-Commander of the HMCS Haida in 1947.

Caldwell was also mentioned by Palmiro Campagna in his book The UFO Files, in reference to a comment he made about the Warren Smith photo: "The possibility exists that the object might be a secret military project..."

It's interesting that a high-ranking military officer was so candid about UFOs in 1967.