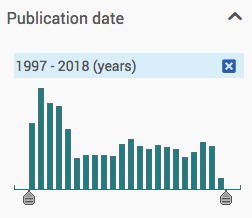 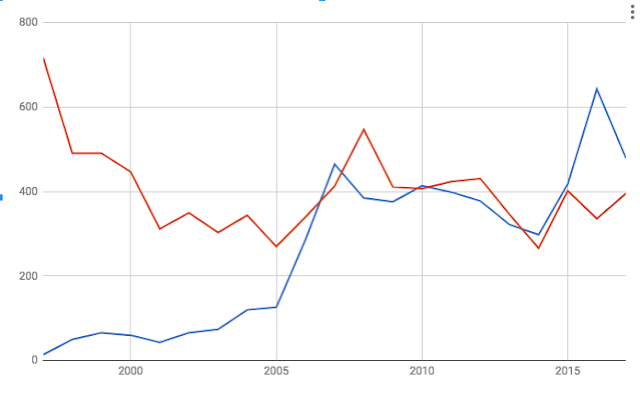 How the government handles media requests about UFOs


How does the government handle media when it comes to inquiries about UFOs?

At least, that's what we can learn directly from a series of documents in the National Archives of Canada. And it's how the government responded to media in 1965, more than 50 years ago.

Have things changed since then?

Back in 1965, the Canadian Broadcasting Corporation (CBC), like all major networks, was interested in the topic of UFOs and wanted to do a special show about the subject. So they contacted the Royal Canadian Air Force (RCAF) for information on what the RCA was doing about UFO reports.

In a Confidential memo dated February 22, 1965, Canadian Air Training Command (CANAIRTRAIN) in Winnipeg, Manitoba, asked Canadian Forces Headquarters (CANFORCEHED) in Ottawa for help in replying to a request from the CBC in Winnipeg.

The record of this memo is: 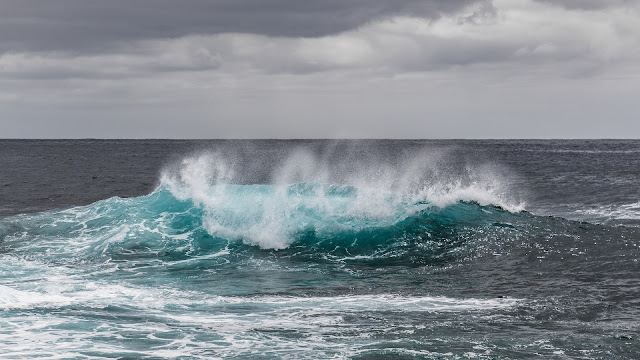 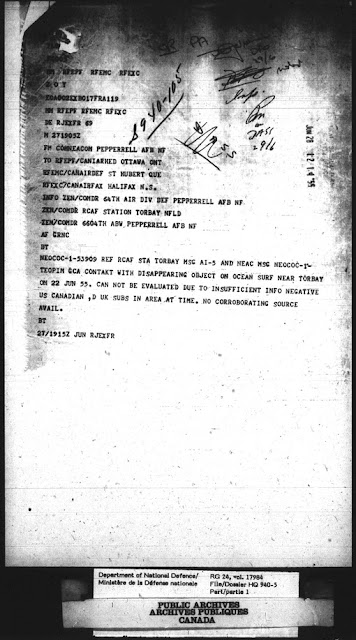 
In digging through my archives as I move my office, I come across some interesting things that I published or presented years ago.

This gem dates from 1991, from the early days of the Canadian UFO Survey. 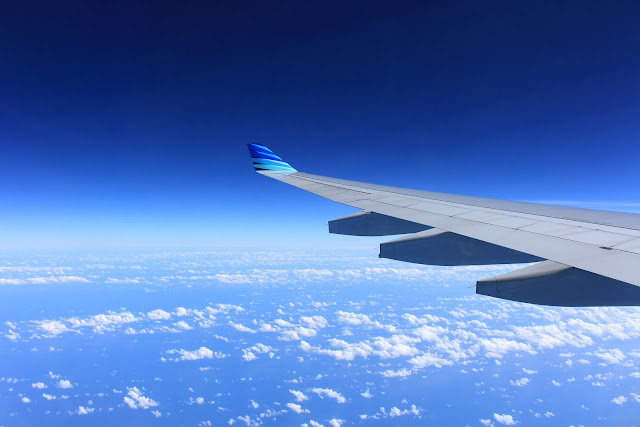 This is a list of UFO reports by pilots, mostly from the National Research Council files, and all from the one year: 1991. 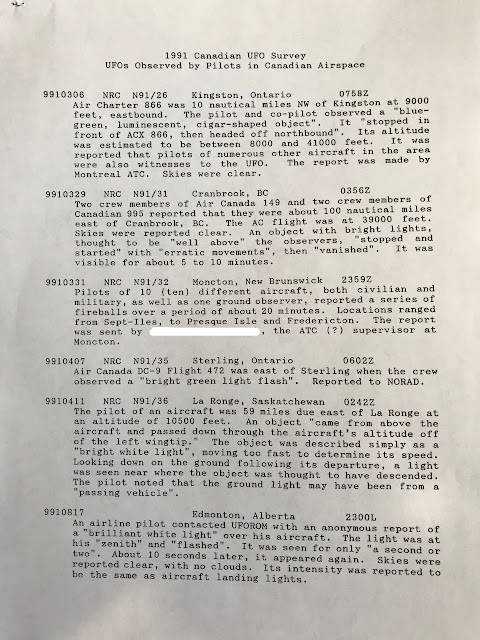 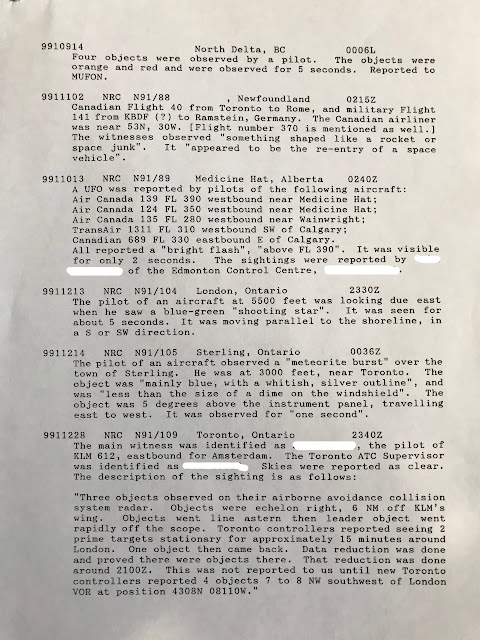 So, in the single year 1991, there were 12 UFO reports filed by pilots, but as can be seen, they involved many more than 12 aircraft.

1991 was a good year for pilots to report UFOs. Why was the "ridicule curtain" lifted during that one year? 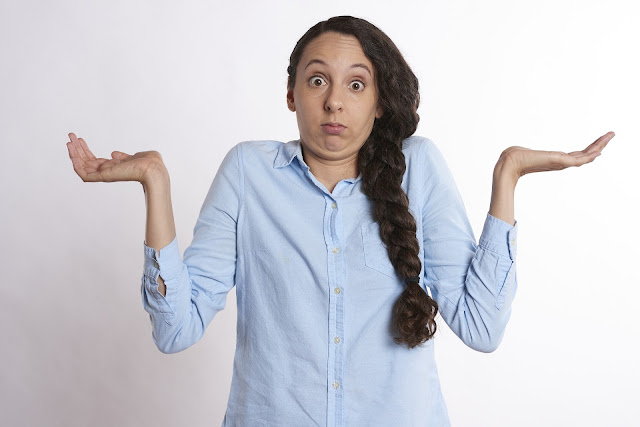