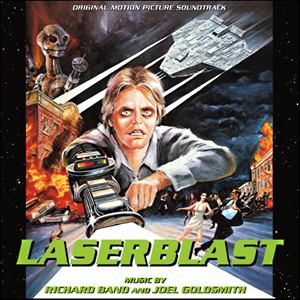 Official UFO reports, and all that


Recently, a lot of media and net attention was given to an announcement that classified UFO documents relating to objects tracked by NORAD had been obtained by a Canadian researcher at great personal risk. This was heralded and hyped as quite the breakthrough, showing that the government and military are deeply concerned about UFOs and alien spacecraft, and that this is proof that Disclosure must be demanded by concerned citizens, especially UFO fans. Courageous! Amazing! Fantastic!

Except that the documents in question have been available online for years. Even I have some copies that I've had for awhile.

But Paul Dean, who is an expert on NORAD with respect to UFOs and uncorrelated targets, has extensively studied and written about NORAD and UFOs, including those documents, plus a rasher of others. He has a multi-part series of posts about this, starting in 2015:

... and his study of NORAD files about UFOs over Malmstrom AF Base in Montana:

... and he's continuing his research, with more to come.

In addition, Palmiro Campagna, whose book The UFO Files: The Canadian Connection Exposed describes government and military involvement in the subject, also features the NORAD documentation.


"Many of the older documents shown, including the blurred out one were published or discussed in my book The UFO Files: The Canadian Connection Exposed, published back in 1997 and republished in 2010. In fact in the blurred out document you can still make out my caption as it is a straight photocopy from my book."

In other words, the documents were nothing new to dedicated UFO researchers, but they were astonishing to newcomers to the field. That doesn't excuse longtime researchers who were present at the time of the public announcement, however, who probably should have spoken up.

At any rate, I thought I would add to the hoopla by posting some hitherto unpublished NORAD documents relating to UFOs.

First, a UFO report from the year 2000, through NORAD: 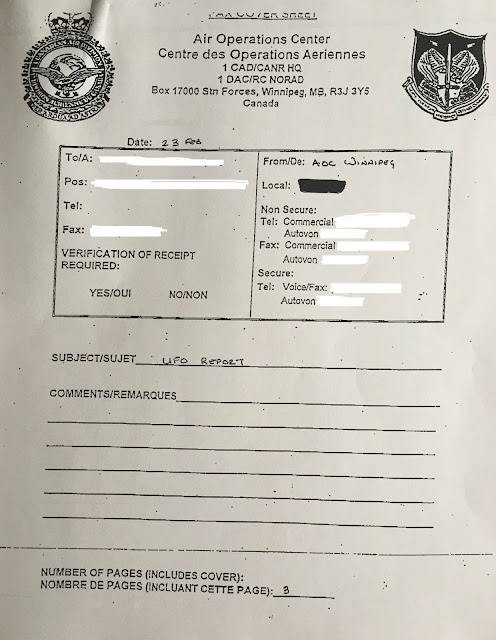 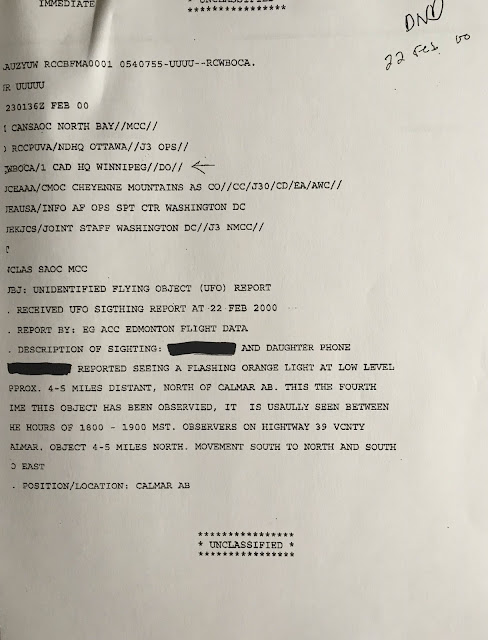 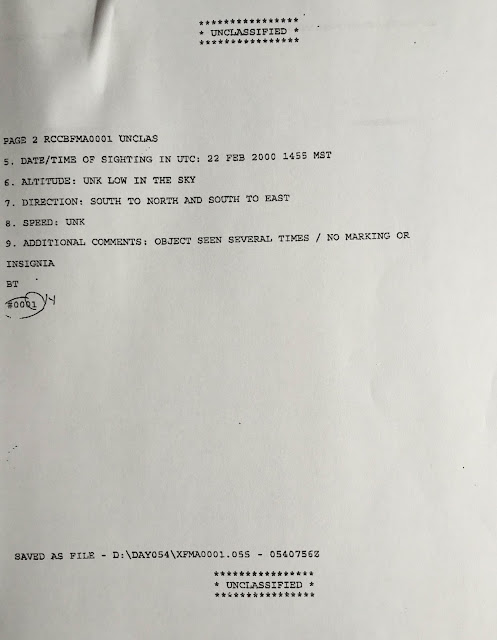 In addition, here's another UFO case from 2000, from the files: 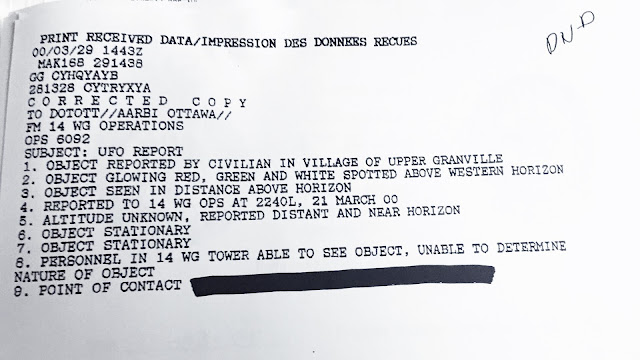 And in this instance, the military air traffic controllers saw the object but were unable to determine what it was.

I'm not suggesting these were spacecraft or anything otherworldly. I'm simply showing that there are other documents of this nature.

It's unlikely that I or Campagna or Dean will be given medals for this work.