Top Ten (or Five, or Fifteen) Lists About UFOs


In retrospect for 2015, here's a collection of lists about UFOs.

Niagara-on-the-lake, Ontario: On the south shore of Lake Ontario, a group called Orbwatch has been logging sightings of lights moving over the water.

Stephenville, Texas: In 2008, UFOs began appearing in great numbers in and around this town, resulting in international attention. Sightings continue today.

Rachel, Nevada: This tiny hamlet is near the famed Area 51, along the “UFO Highway,” where many UFO enthusiasts have said they have seen odd lights flying over Groom Lake and the surrounding mountains.

Hessdalen, Norway: An ongoing scientific project to observe nocturnal lights has been in operation here for decades.

Mount Shasta, California: Several New Age movements believe that this area is a spiritual centre where aliens and underground Lemurians live, and UFOs are often reported over the mountain.

Santa Rosa, Florida: The magazine Popular Mechanics did an analysis of UFO report trends in March 2009 and listed this region, near an airbase, as having more UFO sightings than other areas.

Surrey, British Columbia: The “Surrey Corridor” has had an abundance of UFO sightings since at least 1989.

Warminster, England: Although the wave of UFO sightings here exploded in the 1960s, reports have continued intermittently since then.

Saugauche County, Colorado: According to the Computer UFO Network, this American county has the highest rate of UFO sightings in the USA – almost 3,000 per 100,000 people.

Phoenix, Arizona: When the Phoenix Lights appeared in 1997, they were considered an interesting flap. But then, there was a repeat of the event ten years later, and sightings still continue today.


Top Five Reasons Why UFOs Are Not Alien Spacecraft


Top Five Reasons Why UFOs May be Alien Spacecraft

I Saw Elvis in a UFO – Ray Stevens

The Flying Saucer – Buchanan and Goodman

Of higher dimensions, and all that...

So, I'm looking for a physicist and/or mathematician to help newbies comprehend the problems associated with the "new ufology."
I just read yet another book by a UFO "expert", who does in fact have a PhD from an accredited university, but who also spouts a lot of the usual nonsense about "dimensional travel," "quantum consciousness," and "vibrational states." 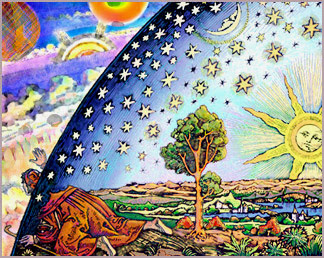 My pet peeve is that NONE OF THOSE TERMS MAKE ANY SENSE!
If, as some UFO fans insist, that aliens exist in a "higher dimension" or an "alternate dimension," what does that mean?
Some UFO fans point to physics papers that postulate eleven dimensions, so there actually may be "higher" dimensions than the usual four dimensions we live in. And that, they say, is where the aliens live.
But that is mathematically silly, because the eleven dimensions actually apply to everything in THIS universe, and we are only able to perceive four. Has nobody besides me ever read Flatland? (Let alone Sphereland!) I'd like a physicist or mathematician to explain in simple terms why entities cannot exist in only dimensions 5 to 11. In other words, we exist in eleven dimensions, too!
And "higher states of consciousness." Yes, ardent UFO believers accuse skeptics of not understanding the nuances of "new ufology" because they're not as advanced as the true believers, some of whom have received "downloads" from aliens who want them to assist in Disclosure.
Okay, but don't you mean "awareness" instead of "consciousness?" All beings with sufficient brain size are "conscious." And "consciousness is simply the awareness of one's self. But I think they mean some people have heightened perception and a greater awareness and understanding of humans and society, which is quite different.
And okay, I'm not "vibrating" at the right frequency to see UFOs zipping across the sky, as people who pay money for courses in Monroe meditation or Greer vectoring can do. Isn't that just a faddish recognition of quantum physics, in which we know atoms are constantly in a state of resonance with other atoms? An atom with a slightly shifted frequency (through some undefined mechanism) doesn't just vanish from our universe and appear in a different universe, it ceases being that particular atom and cannot react with other atoms in the same way.
So please, can someone who REALLY knows quantum physics and math please come to the fore?