In 1975, Dr. Peter Millman of the Herzberg Institute of Astrophysics wrote and published a paper which was essentially a policy statement for the National Research Council of Canada (NRC) regarding UFOs. At that time the NRC was the repository and clearinghouse for all UFO sightings reported by civilians and police across Canada. The NRC had even requested and received cooperation from the Royal Canadian Mounted Police throughout the country in the official investigation and reporting of UFOs. This was for the purpose of actual scientific research in meteoritics, with the idea being that many UFOs are meteors and an efficient and rapid series of field investigations could lead to the recovery of meteorites shortly after they were observed to fall. This worked successfully only once, when the Innisfree meteorite was watched, tracked and recovered in Alberta.
Millman, one of the most active Herzberg astrophysicists and with an interest in meteoritics, was the scientist who handled most of the UFO reports coming from the public or the RCMP. In fact, many handwritten sets of correspondence between him and witnesses and investigators can be found in the NRC archives available at the National Library of Canada.
Among his many publications as an astronomer is "The Seven Maxims of UFOs - A Scientific Approach," published in the Journal of the Royal Astronomical Society of Canada, V.69, No. 4, pp. 175-188. Originally the text of a speech given to the Canadian Association of Physical Transportation Management on March 12, 1975 in Toronto, the article lays out what was the policy and approach of Millman, and therefore the NRC, to UFO sightings. Millman was a frequent guest lecturer on UFOs to many diverse groups, both professional and non-professional, and he leapt at many opportunities to try to dispel the myth of UFOs as he considered the phenomenon. He was, in effect, a combination of both Carl Sagan and Hector Quintanella, with a predisposition that there were no such things as UFOs.
Millman’s Seven Maxims were embraced wholeheartedly within the Canadian scientific community. Decades later, astronomers still cite them when dismissing UFOs. Briefly, they are:

1.                  “There is no thing new under the Sun.”
Millman recognized that the UFO phenomenon dates back to Biblical times, and “mysterious events in the sky have not materially changed their pattern since man first started keeping records.” To him, this was important since throughout history, “There has never been a fully proven case of physical contact with an alien spacecraft...” Therefore, UFOs are not especially significant phenomena.

3.                  “Instruments can deceive.”
Millman noted that “all instruments are subject to their own particular forms of ghosts and defects in the record.” In effect, radar and photographic evidence of UFOs can be discarded.

4.                  “Beware the printed word.”
Because “people take on faith what they see published in a journal or book...,” published sources of UFO reports are untrustworthy. Further, because fact-checking at newspapers is unsatisfactory, “a statistical study of a vast collection of newspaper clippings is a pure waste of time.” (Jan Aldrich and Ed Stewart take note.)

5.                  “Records are never complete.”
This maxim neatly does away with the unknowns left after studies of UFO data, including those of both Project Blue Book and UFOROM. According to Millman, when an investigator cannot explain a UFO case after intensive work to do so, it is because according to statistical probability, “there are almost certain to be cases where the clue is lost and never does turn up...” Further, “the great majority of unexplained UFO cases are so lacking in firm factual data that a good scientific study is very difficult, if not impossible.” So, even given that, for example, 5% of UFO cases in a data sample were unexplained, Millman simply said, “So what?”

These Seven Maxims were Millman’s recommended guide for scientists in dealing with the UFO phenomenon. UFOs were simply not worth bothering with; they were either hoaxes, hallucinations or illusions.
Ironically, Millman cited only three books on UFOs for serious students of the phenomenon. These were Klass’s UFOs Explained, Catoe’s bibliography and Hynek’s UFO Experience. He described Hynek as “as astronomer who has probably had the greatest direct contact with this subject of any of us.” One can only wonder if he had actually read Hynek’s book, since it violated most of the Maxims.
In a later book, The Hynek UFO Report, Hynek described how many skeptics within Blue Book and the Condon Committee went to great lengths to explain UFO sightings by stretching possible causes to outlandish lengths, just for the sake of eliminating cases from the “unexplained” category. Millman easily fit this mold. In many cases, he absolutely refused to call a report unexplained. For example, in a classic, early CE3 in 1974 near McGregor, Manitoba, Canada, two witnesses watched a landed saucer shaped object at close range and even walked around it for a complete view, but Millman explained it as a mirage from a town 75 miles away. And, when circular “landing traces” were discovered fields in Saskatchewan and Manitoba in 1974 and 1978 (long before Colin Andrews and others had examined the “first” crop circles), Millman publicly gave his opinion that they were caused by fairy ring mushrooms, a completely ridiculous explanation for 16-foot-diameter impressions in wheat.


So, although Millman’s Seven Maxims of UFOs were ontologically sound, putting them into practice is difficult for both skeptics and believers who have already made up their minds. Unfortunately, Millman himself fell into one of these categories. 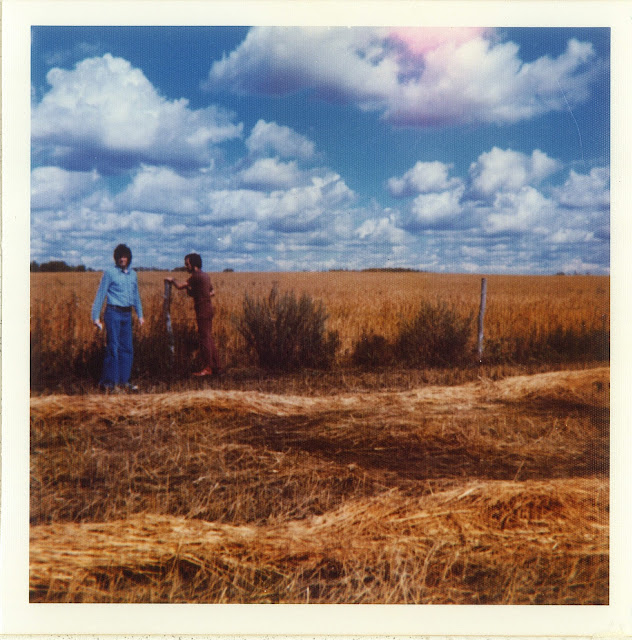