The most underrated paranormal-themed movies and TV shows

Uforia (1985)
When Arlene, a deeply religious local supermarket clerk who believes in UFOs, has a vision of a coming alien visitation, everyone deals with it in their own way, including her scam artist boyfriend.
http://www.imdb.com/title/tt0081674/?ref_=fn_al_tt_1

Communion (1989)
The same Whitley Strieber goes with his family and some friends to his holiday home in the forest in this autobiography. Are their weird experiences UFO activity, or is he going insane?
http://www.imdb.com/title/tt0097100/?ref_=fn_al_tt_2

Fire in the Sky (1993)
Based on the experiences of an Arizona logger who mysteriously disappeared for five days after a UFO encounter in 1975. The character development is fascinating, although the ending of the film is nowhere near as weird as the “true” account.
http://www.imdb.com/title/tt0106912/?ref_=fn_al_tt_1

Randall and Hopkirk (Deceased) (The original British series, 1969-1971)
Jeff Randall and Marty Hopkirk are a private detective team. When Marty is killed by a hit-and-run driver, he comes back―as a ghost―to help solve his own murder and other mysteries. Understated, but very entertaining.
http://www.imdb.com/title/tt0063946/?ref_=fn_al_tt_4

Early Edition (1996-2000)
Gary Hobson gets tomorrow's newspaper today. He doesn't know how. He doesn't know why. But when the early edition hits his doorstep, he has twenty-four hours to prevent disaster.
http://www.imdb.com/title/tt0115163/?ref_=nv_sr_1

The Chronicle (2001-2002)
Along the same theme, a young, talented reporter can't find work with a major paper so he signs on with a tabloid. There he learns that all the tabloid stories are true, including aliens, big foot and reincarnation.
http://www.imdb.com/title/tt0242733/?ref_=fn_al_tt_1

Kolchak: The Night Stalker (1974-1975)
The inspiration for both Chronicle and Early Edition, at least in terms of the profession of journalism. Newspaper reporter Darren McGavin investigates strange supernatural occurrences in Chicago. Easily the best paranormal series of its kind, and the forerunner of later shows like X-Files, Fringe, etc.
http://www.imdb.com/title/tt0071003/?ref_=nv_sr_1 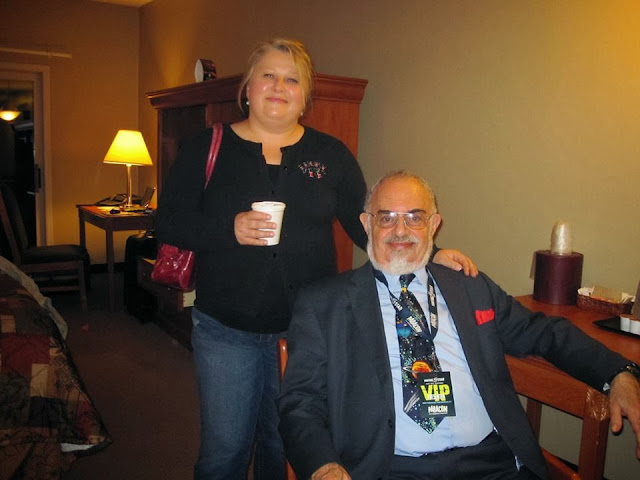