How to be a UFO Investigator, Part 2

Why bother to collect UFO reports?

In one sense, the answer may be as simple as “because they’re there.” Polls by both professional and lay organizations have shown that approximately ten per cent of all North Americans believe they have seen UFOs. Given the population data available, this implies a very large number of UFO reports. If UFOs are trivial and non-existent, as some claim, then one might ask why such a large percentage of the population is labouring under the delusion of seeing things that are “not there.” If, on the other hand, UFOs represent a “real” phenomenon, the data should be examined for insight into its nature. In either situation, it can be argued that UFO reports deserve and merit serious scientific attention.

The Collection of UFO Data

Many individuals, associations, clubs and groups claim to investigate UFO reports. Many solicit reports from the general public. Comparatively few actually participate in any kind of information sharing or data gathering for scientific programs. Some are primarily interest groups based in museums, planetariums, church basements or individuals’ homes, and do essentially nothing with the sighting reports they receive. Some groups, such as the Mutual UFO Network (MUFON) solicit reports and dispatch regional investigators to interview witnesses about their experiences.

In recent years, websites have been developed for the public to report UFO sightings, some claiming to be major UFO research groups but in reality do little more than publish witnesses’ accounts without thorough investigation or even referring witnesses to investigators or researchers in their area. While witnesses may be applauded for their courage in giving details of their UFO sighting to a webmaster, without proper investigation their report may be of relatively little use to serious UFO researchers. In fact, the vast majority of UFO reports posted on UFO-related websites are never actually investigated, and neither are most of the cases that are posted on Youtube or make it into mainstream media.

Because there is no way to enforce standards in UFO report investigations, the quality of case investigations varies considerably between groups and across provinces. Quantitative studies are difficult because subjective evaluations and differences in investigative techniques do not allow precise comparisons. UFOROM’s requests for data from Canadian UFO researchers and investigators, and our transcribing of information from others’ websites, unfortunately allow input of only basic information for analyses.

Most Internet postings of UFO report information are incomplete and do not show any actual case investigation results, often forcing an evaluation of “Insufficient Information.” Case data which can be obtained from such sites usually includes things such as date of the sighting, the time, duration, number of witnesses and their location—facts which are not subjective and can be used in scientific studies before interpretation.

How to be a UFO investigator

For the past few weeks, I've been teaching a short course titled "How to be a UFO investigator" at the McNally Community Classroom. The class is full, and the group is attentive and curious about the subject. It's also a really nice space, well-appointed and modern, although the A/V had a few bugs and the room was a bit hot, but they supplied a fan which cooled everything down really nice.

The course is not about why aliens are visiting Earth. It's not a history of ufology. It's not a debunking of every case ad nauseam.

The course is more about what steps and process are involved in investigating, examining evidence and understanding what UFO sightings and reports are really like from an objective standpoint.


For case studies, I'm using actual case reports submitted to various UFO groups, government files and even my own investigations.

Here are my talking points about "Why bother with UFOs?":


Why bother with UFOs?

UFOs are persistent global phenomena that seem to be mysterious and which have polarized the scientific and lay communities regarding their real, physical existence.

There is no single, simple explanation for all UFO reports.

Tens of thousands of UFO sightings are reported each year around the globe.

Polls have shown that about ten per cent of all North Americans believe they have seen UFOs.

In Canada alone, this means that more than 3 million people think they have seen UFOs.

Perhaps the number one reason to study the UFO phenomenon is because UFO reports exist. Therefore, some real stimulus is giving rise to sightings of UFOs.


Tonight, I'll be covering case investigations, including an excellent CE from last month on the outskirts of Winnipeg (with special guest Geoff Dittman) and details of a case reported to Toronto Police earlier this week. Also, by request, some interesting Canadian cases and investigations of record.

More about this course soon! 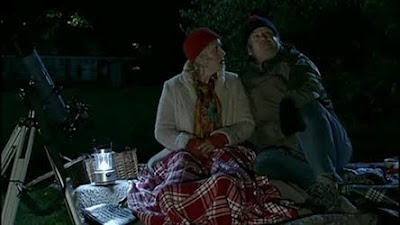