Why Do UFOs Have Lights?

I just finished entering the latest batch of UFO reports into the Canadian UFO Survey database and am more disappointed than usual. Case after case of a video taken of a starlike object low in the sky, usually the south or southwest. Most often, the UFO is filmed for a long time, even if the length of actual observation can be up to three hours.

Really? I mean, if you're looking at a starlike object flashing different colours low in the sky, why would you even consider it was a UFO or spaceship and not simply a star or planet? Even after a hour of watching it drop slowly into the west? The really good ones have an image that racks the lens out fully as it tries to focus on infinity, thus creating a "hexagon" shape that is interpreted as an alien mothership.

In many cases, the witness writes on the online form something like: "I know this wasn't just a star or planet," and usually adds: "It must be an orb (or a beamship)."

Most of the cases this year seem to be only lights, and that brings up an interesting point, something that I've written about many times: Why lights? Why would an extraterrestrial craft need to have lights? Surely not for DOT navigation compliance.

Grant Cameron once suggested that it was because the lights are caused by the fields or energy that allows the UFOs to hover and fly. That's actually a reasonable hypothesis, but untestable as of yet.

This question was asked recently by a debunker, however, and it raises another issue. Astrophysicist Adam Frank asked it in a blog and noted:

"Why do UFOs need headlights?"
Yeah. Good point. Are the aliens scared of running into a deer?

If they were really planning interstellar black-ops, then they should paint their spacecraft — you know — black and turn off the damn lights. Yes, of course, it might be their engines but a species crossing trillions of kilometers of empty space is not going to be using rockets. Hopefully they have some other kind of "hyperdrive" or something cool. If so, they should be smart enough to stealth its exhaust (does hyperdrive have exhaust?)

Yes, it's a point we've seen noted before. But then he noted this:

The problem, of course, is that any civilization with technology capable of spanning light-years ought to be able to hide themselves well enough to avoid detection from hairy apes with jet-planes like us.

And that is a problem.

It's a problem because the lovable debunker Phil Plait has argued that astronomers should be the ones to see UFOs (read: incoming alien space ships) because they're the ones scanning the skies more often than laymen.

But, if fellow skeptic Adam Frank is correct, then astronomers wouldn't be able to detect UFOs because a really decent alien civilization would be cloaking its arrival.

So, which skeptic is right? Will alien spaceships be detectable or not?

(Oh, BTW, this argument has nothing to do with sightings of UFOs reported and recorded in databases. I only deal with what's actually reported.)

Although 2011 Canadian UFO report numbers started off strong during January and February, March reports are at a trickle. Nevertheless, we still get or hear about some cases, and the following is just the most recent.

I noticed a multicoloured light flashing in the southwest... At first it appeared almost globed shaped, with the lights dancing around (almost like when a diamond catches the light at just the right angle). It reminded me of... emergency vehicles with all the lights intermingling together.

I changed positions and went inside to look from the window upstairs, waking my husband for him to also take a look. I then grabbed my binoculars and went back outside. The object was more circular than globed, and did indeed have a series of lights moving around it. Red, blue or violet and whitish. Every few seconds it was as if a search light, emitting from the object, rotated around the sphere.

The object was moving slightly, yet stationary in the same area from when I first saw it. I was fascinated and continued to keep track of it in my binoculars for about 20 minutes. I went to get my camera, hoping to get it on film, but when I returned outside, the object had shifted and was more distant. I was not able to zoom in on it.

The sighting sounds very much like a star or planet, but Saturn was in the Southeast, not the Southwest, at 11 pm. It could have been a star, such as Rigel or Betelgeuse in Orion low on the horizon, since the latter star's redness would be striking. The fact that the UFO could not be zoomed in on argues strongly for an astronomical explanation. The twinkling would definitely create the flashes and colours.

I am grateful for the witness in sending the excellent observation report.

For those who are interested, I have a new post on The Daily Grail about the new batch of British MoD UFO documents. I had also tried to post something here last week but Blogger was being finicky. 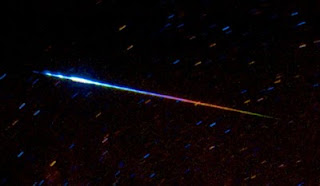 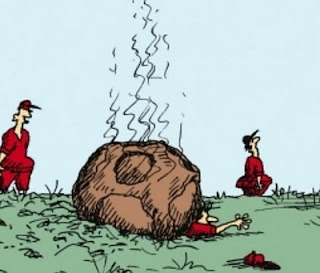 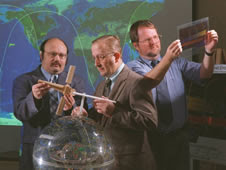